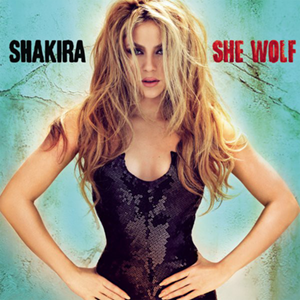 After turning a flop album into a successful one, Shakira struggled once again to confirm her status with She Wolf October 2009 album.

The album debuted and peaked at #7, for the third time and a row her albums were starting with less than 10,000 weekly sales, showing the artist difficulty to build a relevant fan base. What never seemed difficult for her yet was to drop unreal smashes just after a flop single. She Wolf lead single, the title track, had a mixed result. It peaked at #4 in the Digital chart but failed to translate this into album support. This latter shipped over 50,000 units upon release, getting a Gold award right from the start but it only sold 41,000 copies by the end of 2009 as it was leaving the Top 100.

Incredibly considering the lack of success it initially received, the album started an impressive run of ups and downs during more than two years, still getting into charts until February 2012. It sold 27,000 copies in 2010 and pretty much the same in 2011, finally scanning 100,000 copies in early 2012.