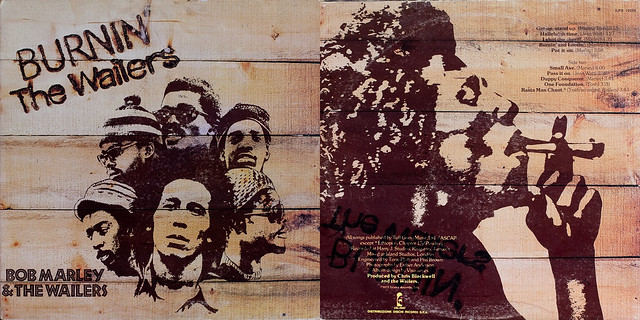 The first part of Bob Marley career was close to a boxer career. It starts with local fights and as the boxer proves his skills, he is allowed to practice at a higher level. At 17, in 1962 Bob Marley – then named as per his real name Robert Nesta Marley – started recording a few songs on the studio next door. While the band The Wailers was being set progressively with Bob Marley a part of it, the group had their first local hit with Simmer Down in early 1964. The following year, the debut LP of the band The Wailing Wailers was released, containing most of their previously released songs. During following years, the band and Bob Marley confirmed their status in Jamaica until being given the chance to try their luck abroad.

Soul Rebels in 1970 and both Upsetter Revolution Rhythm, Soul Revolution and The Best Of The Wailers in 1971 got released in the US but failed to make much of an impact. Those albums include various gems that will generate a lot of illegal compilations in latter years as the original Jamaican label which published them was fully handled by producer Leslie Kong who passed away in 1971. This album was the fifth by The Wailers, but the first released on Island label. Catch A Fire was everything except a hit but it did install the band as  a credible act to promote worldwide. The record went #171 in the US in 1975, their first chart entry. The group did tour to support the album. In the US, they were the opening act of a young and promising rock artist that was himself touring for the first time, someone known as Bruce Springsteen.

The album contains their 1967 song Stir It Up. In fact, Johnny Nash covered it in 1972, getting a #13 hit in the UK with it which pushed the group to use the song as a single. A mere six months after their previous record, The Wailers released a new album, Burnin’. The album was #151 in the US in 1975, but most notably included both Get Up, Stand Up and I Shot The Sheriff. Both failed to chart by themselves, but the latter went #1 in the US and #9 in UK the following year when covered by Eric Clapton. The reputation of The Wailers was slowly building and ready to make it up to the next step.