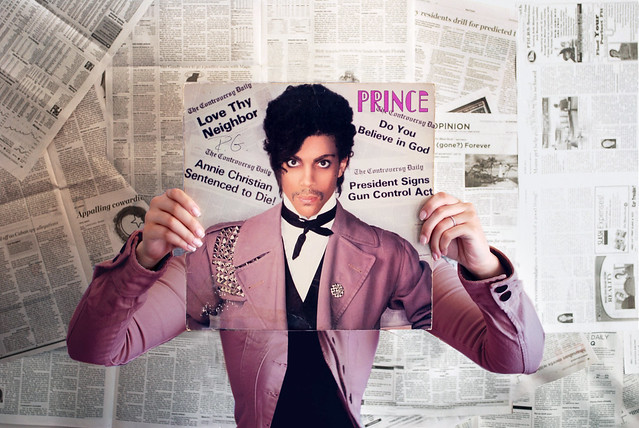 Yes, some 38 years ago Prince was already releasing records. This one had close to no impact upon release in the US, peaking at #163 only. In France the album only sold a few copies as a catalog record in latter years.

Just like its debut album, Prince album had initially no impact in France. In the US yet his career started to take off as the album went #22 and sold over 1 million units. The success was achieved thanks to I Wanna Be Your Lover that remains one of the most well known Prince songs, including in France, favoring catalog sales of this record. Prince continued dropping records at a very fast pace with this third album, revealing more and more his strong personality over it. Commercially speaking this album is a bit in-between as it failed to get a hit single, thus performing worst than previous album with a #45 peak in the US, but turned into a decent catalog seller thanks to its very favorable critics. Outside North America the world had yet to discover the Prince phenomenon. The promising and controversial star was still struggling to make it bigger, but at least Prince was solidifying his status with one more good selling album in the US. Controversy peaked at #21 and reached a million sales a few years after its original release.

The title track entered on some French radio playlists but sales of the album in the country were still very limited.

With this fifth album 1999 Prince reached a completely new profile. The good selling artist became a real music star in the US with both his first Top 10 album and single with #6 Little Red Corvette track. More than just reaching higher peaks, this era provided to the artist air time on MTV with 1999 song, the first music video by a black artist aired on the channel along with Michael Jackson hits from Thriller album. It also provided the artist outstanding critics with the album being widely considered an absolute classic record, often listed on all-time greatest rankings. The album dropped out of the US Top 200 album chart after an incredible 153 weeks and with over 3 million sales to date.

Elsewhere, the artist started to gain ground with his songs being more and more playlisted but it was still not a big seller enough to make it into charts. The increased profile in the US was going to grant Prince bigger promotion in the future both in North America and abroad yet.