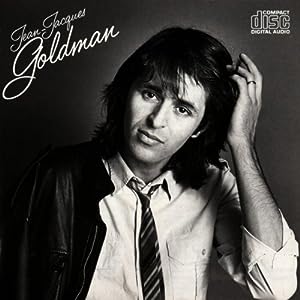 Yes, here comes Jean-Jacques Goldman again. There is one difference this time yet – this is the very last album related to him in this master series.

The artist debut album, 1981 set Démodé contained the hit Il Suffira D’Un Signe but failed to sell that much. As a result, when sophomore record Minoritaire was released it missed charts during 1982 due to the strong competition of Christmas rush. This was despite sales passing the 500,000 mark for lead single Quand La Musique Est Bonne. Back in the day, several albums were needed to be considered as a credible album seller due to the expensive price of it. The hit was so big that the album started to show itself inside charts. Sales went over the roof for the single jumping over 1 million plateau. The two additional singles Comme Toi and Au Bout De Mes Rêves, both selling upwards 500,000 units, not only sold well but gave credit to Jean-Jacques Goldman thus exploding with his album as well.

It climbed as high as #3 staying inside the Top 10 for five months. Overall, it lasted over 20 in charts. Certified Platinum (400,000) already in 1983, the set was over 500,000 units by the end of 1984. With subsequent albums selling massive amounts this record obviously registered notable catalog sales during the next few years. When the artist catalog was fully certified in 1991, this album was 2xPlatinum, representing 600,000 sales, although it was already well over that figure. In 2001, it crossed the 3xPlatinum / 900,000 units level.

While the 50,000 sales it registered since aren’t enough to put it over the million milestone, it sold since the early 90s 180,000 additional units as part of various 2/3CD boxes.