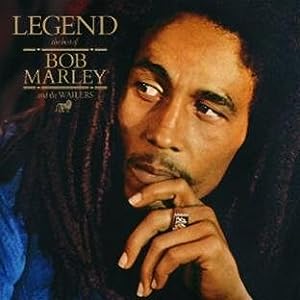 Bob Marley is the definitive figure of both Reggae and Jamaica all around the world, one of the most iconic music artists of all-time. In France, he may very well be even a bit more than that.

As it is the best selling catalog album worldwide for more than 25 years, there is little surprise to see Legend in this listing. What’s more surprising is that unlike elsewhere, Bob Marley was an absolute sales beast in France even before his passing in 1981.

This 1984 compilation is his only album part of the our current listing of million sellers in the country. While this fact seems similar to the artist showing in UK or in the US, with this compilation way ahead of all his studio albums, several barely missed the list. His classic 1977 album Exodus sold 870,000 copies to date in France, the 1978 set Kaya is on 910,000 units while Uprising is up to 970,000 sales. Each of them still sells from 30% to 40% of Legend sales in standard years, an incredible achievement. You also need to consider that many more of his albums sell in relevant amounts year after year.

Legend wasn’t destined to be that big as while Uprising peaked at #2 in 1980, the set failed to chart when first released. Now that we are working on 1984 albums it must be said that we have no more official album chart from that year in France, although several unofficial rankings were published here and there. As I keep this study running, I feel like doing potholing. Deeper we go into the past, darker is the environment with very few information. Step by step we lost over the counter sales information, reliable newspapers archives, deep rankings (reduced from Top 250 to Top 20), European IFPI awards, rankings for compilations, exact date of French certifications, detailed levels of certifications with multi-platinum plateau and Diamond award, now we also lose the official ranking. Luckily for us, as this album sold mostly as a catalog item, we still have a heavy amount of data to work on.

The first piece of information is the Gold award, 100,000 sales, received in 1985. This highlights how hard it was to chart inside the limited Top 20 rankings of that time. The set obviously continued to sell off the radar during the rest of the decade. Massive sales happened in 1991 when the 10th year anniversary of his death was celebrated. Could You Be Loved was re-launched as a single and all his classics a la No Woman No Cry, Buffalo Soldier, Is This Love, Three Little Birds, Redemption Song and One Love flooded FM airwaves. Many best of albums were available at that time but Legend was definitely the first choice, rocketing to #1 of the compilation chart and staying there for four weeks and other four months inside the Top 10. As the year 1991 completed, the set was certified with an impressive 3xPlatinum award, 900,000 units.

His catalog was audited just after in 1992 with notably Kaya and Uprising jumping to 2xPlatinum. Legend still had a bit of work to do to make it to the million. By 1993 the mark was reached although Bob Marley & The Wailers’ catalog was newly audited only in November 1995. During the few weeks in late 1993 that saw artist compilations eligible to chart, Legend made its appearance at #38, showing the consistent sales it was registering. By the end of 1996, sales were on an estimated 1,2 million.

The year 1997 was very solid again with the album peaking at #1 for a second time. By the end of the decade, at 1,55 million, Legend was entering into highs rarely seen by foreign albums. While strong sales could have been expected in 2001 due to the 20th anniversary of the final whisper of the icon, a new best of One Love was promoted instead. The 1984 album is just too cult to be forgotten yet and continued to sell with 90,000 units moved from 2000 to 2002. From 2003 to 2008, new compilations continued to be released but Legend continued to sell. Some 124,032 units to be exact as per GFK. A good example of this impressive hold is the year 2005. Legend had sold over 24,000 copies the past year, but now faced the competition of Africa Unite which found 44,000 purchasers. Legend still sold close to 22,000 units, barely dropping by the same percentage as the market did. That year, Bob Marley had an outstanding 10 albums inside the Top 100 World Album Chart of the year, each selling over 5,000 units.

Since 2009 there is still nothing stopping this album as it added 130,000 more sales, getting closer and closer to the 2 million mark. This set is quite simply the highest selling compilation album ever in France.