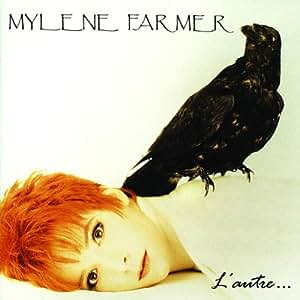 Praises, critics, highlights, remarks, notices, myths, arguments, debates. Much has been said about the album L’Autre by Mylène Farmer, often claimed to be one of the very best selling albums of all-time.  Is it true?

Ainsi Soit-Je, the million selling blockbuster album released by the artist in  1988, made her a cult act within’ a few months. The hype around the release of follow up album L’Autre was massive. The gigantic 9 weeks #1 lead single Désenchantée increased expectations even higher.

Issued in April 1991, the album entered straight at #1. It remained there for 10 consecutive bi-monthly charts, a total of five months. This statistic created a lot of sales myths with some websites putting its sales around the 2 million mark. After three weeks, it had shipped 350,000 units.

The question is how much it was selling per week during its run at the top. In fact, the very first positions of the ranking are the only ones that can strongly evolve from one week to an other. That’s exactly how we can judge this impressive run at the very top, just like in a boxing contest, the real question on a victories run is who have you beat? We saw how Celine Dion (D’Eux, 1995) or Andrea Bocelli (Romanza, 1997) blocked huge releases at #2.

During the 10 bi-weekly charts at the top, L’Autre blocked Alors Regarde by Patrick Bruel at #2 for six of them plus Fredericks Goldman Jones eponymous album and Out Of Time by R.E.M. during two of them a piece. On paper, this looks like huge competition. In reality, Alors Regarde was ending its chart run with already over 1,5 million copies sold prior Mylène Farmer album release. Fredericks Goldman Jones was coming from five consecutive months Top 5 since its release and was almost done as well. Lastly, Out Of Time was only getting started coming from lower down the charts.

Completing these four albums with Enigma‘s album MCMXC A.D. gives us five albums that almost constantly kept Top 5 rankings during a complete semester. The conclusion is that not only L’Autre has been beating not-that-big sellers, it also faced no strong release at all. Plus, the period at the top encompassed the whole summer which represents the worst time for sales. At Christmas, when sales are way bigger, the album was already down to #22.

This explains why this album was only 2xPlatinum during the year 1991, representing sales from 600,000 to 900,000 units. Obviously, it was closer to the highest plateau, but still nowhere near the sales managed by the later 20+ weeks #1 albums.

It may seem surprising, but L’Autre appears to be the weakest catalog seller of all Mylène Farmer million selling albums. From 1993 to 2001 the album never charted anymore, estimates for this set are on 125,000 copies for the period, most of them in the earliest years. GFK sales since 2002 are only 45,000 units despite various re-issues published to benefit from fans multiple buying, an average of only 3,000 units per year. As you most likely understood by now, the 2 million sales myths are completely ludicrous considering valid facts.