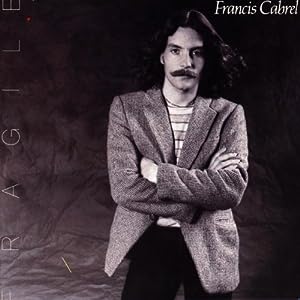 Some kind of French Bob Dylan having both critics praise and music followers interest, Francis Cabrel added a key piece to success in comparison to his American mind partner, the capability of releasing ground breaking hits from each of his albums.

Fragile went as high as #2 in the album front, quickly gaining its first Gold award. Holding rather well from the summer of 1980 to the end of 1981 thanks to the three hits it contained, the album passed Platinum level in 1981, completing its run around 500,000 units. A very solid success without the shadow of a doubt but quite not enough to sell a million. This record wasn’t supposed to get there but Francis Cabrel became such a juggernaut from 1989 that his catalog sold unprecedented amounts during the first half of the 90s.

By the time his time was fully audited upon Samedi Soir Sur La Terre release in 1994, Fragile was updated to 2xPlatinum. It was already closer to the 3xPlatinum, 900,000 plateau, as it reached just in 1995. With catalog sales on fire, it needed only two additional years to complete the million sales. Since then it sold about 30% of Samedi Soir Sur La Terre which represents some 150,000 units. A 3CD box with both Les Murs De Poussière and Les Chemins De Traverse was certified Gold in 1995 with an estimated 150,000 units sold to date.