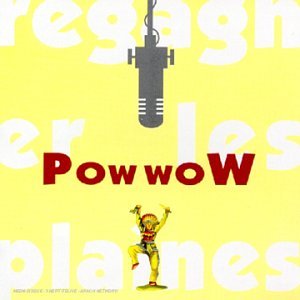 Coming out of nowhere, Pow woW band took France by storm during a year before leaving as fast as they came.

A fully acapella band, with only two songs on the album containing some instruments, the band performances on TV shows got widely praised, pushing their album Regagner Les Plaines to the limit. Everything started with lead single Le Chat. A seven weeks #1, this song dislodged Nirvana‘ Smells Like Teen Spirit from the top on its way to become one of the largest hit of the 90s.

Exploding from July 1992, both the album and the single were #1 in September. They barely had time to slow down that second hit took over, #4 single Le Lion Est Mort Ce Soir rocketed the album to #1 during four weeks in December. In total, they spend 26 weeks inside the Top 10 in 1992.

By early February, while the song Le Chat was named Song Of The Year at Victoires de La Musique ceremony, the album was up to 760,000 copies sold. The first semester of 1993 wasn’t bad at all, indeed the tally of weeks inside the Top 10 increased from 26 to 47. By May, sales crossed the million mark.

After completing the year on 1,15 million, the hype around the band seriously slowed down as what sounded fresh one year earlier was already sounding fairly dated. Their second album released in September that same year peaked at an awful #8 position. Regagner Les Plaines album still get some credit yet although selling rather few copies since mid-90s.