France best selling albums ever: Everybody by Worlds Apart (1996) 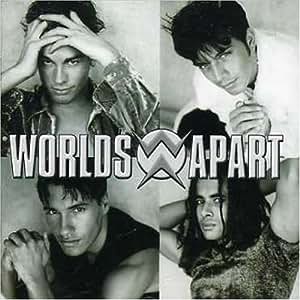 New Kids In The Block in the US, Take That in UK… Worlds Apart in France. Yes, this isn’t a joke. If Take That success has been huge since their 1992 debut on their native UK, Worlds Apart has been a flopping  band from day 1. Their debut album peaked at #88 at the time and no subsequent album ever charted.

Quite randomly their second album lead single Baby Come Back became a hit in France, peaking at #3. The album, Everybody, got to #19 on the back of this single, but appeared quite unlikely to become a major seller as the band seemed poised to end as a one-hit wonder. This was without taking into account the strongest argument one may have to sell albums in France: Jean-Jacques Goldman. Yes, again.

Because of the 1996 radio law forcing stations to air at least 40% of French songs, the group released Je Te Donne as a second single, a cover of eight weeks #1 song by Goldman. The album, ranked #50 when the song was sent to radios, went on climbing 27-17-13-3-2-2-1 perfectly illustrating one more time how powerful the Frenchman is.

As unbelievable as it may seem, the song Je Te Donne sold a million copies a sensational five times: as a single, on original 1985 Non Homologué album, on 1996 Goldman compilation Singulier, on this present Everybody album by Worlds Apart, and on various artists tribute album Génération Goldman in 2012. Obviously, this is an all-time record.

Back to Worlds Apart, the album was on a roll from this single release, spending 15 weeks with a lowest position at #6. Dropping out of the Top 20 against October and November releases, the album returned strong  during Christmas rush hitting the top spot on 1996 year last week. Passing the 600,000 / 2xPlatinum mark during the year, the album was the third top seller of the year, only topped by the Fugees and Celine Dion.

Holding a Top 50 spot for most of 1997, enjoying the success of following singles, Everybody reached the 3xPlatinum mark in September of that year. This certification happened the same day their label partners and medias enemies 2be3, the first French boys band, hit 2xPlatinum with their debut album Partir Un Jour that felt a shy short of the million.

Never certified Diamond, the Worlds Apart album most likely hit the target at some point in later years. With the band still hot until March 1998 and a few catalog sales, estimations put this release just on a million, selling almost exactly the same as their challengers the 2be3.