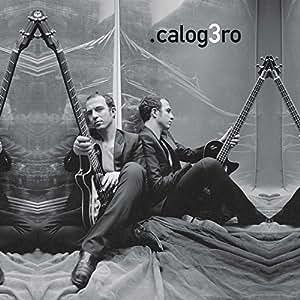 After five albums with his former band (Les Charts, 1989-1997) and one solo debut LP (Au Milieu Des Autres, 1999) with very moderate success, the strongly successful eponymous album from 2002 was a significant surprise. Getting close of a million sales when follow up 3 was released, the question was either Calogero had his one-time or that was only the beginning of a stellar second career.

His third album cleared all doubts without much struggle by managing 7 different spells inside the Top 10 including 4 with Top 3 comebacks. If the first single was a crossover hit (Face A La Mer, duet with Passi, #3), the album easily topped the million sold by previous Calogero release thanks to massively aired Si Seulement Je Pouvais Lui Manquer single which was named Song Of The Year at following Victoires de La Musique edition – French equivalent to Grammy Awards.

Since then, the album continued a decent run on catalog charts. When it finally started to go down in early 10s, huge success of 2014 album Les Feux D’Artifice increased its profile again.