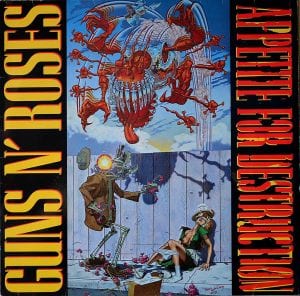 With such, they perhaps inevitably, only lasted long enough to see the release of three proper/full studio albums… and as mentioned, two of these were released on the same day (in 1991). A covers album followed in 1995 and that was it, until the Axl Rose inspired Chinese Democracy in 2006, with no original members but Rose himself.

Perhaps surprisingly, they buried the hatchet a few years ago and decided to go out on the “Not In This Lifetime… Tour”, which as of today, is the 2nd highest grossing tour ever, having made a stunning $563,300,000, as well as playing to 4,4m people.

But with such a small catalogue, can they manage to post an impressive set of streaming figures?

As detailed in the Fixing Log article, Spotify represents 157 million of the 272 million users of streaming platforms, while YouTube is pretty much the only video platform generating some revenue for the industry. Below is the equivalence set on the aforementioned article: