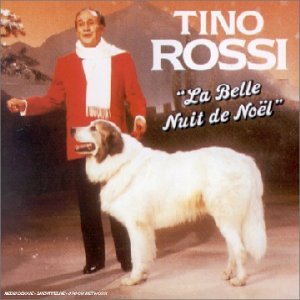 A very interesting point about French music industry is that you will not be able to identify artists similar to the biggest figures of the UK music scene, but for most American solo artists there is an equivalent singer in France.

In fact, there is no David Bowie, Rod Stewart, Robbie Williams, Paul McCartney, Phil Collins or Elton John in France, who are the six biggest UK male artists ever. Now, if you watch the US, the story is fully different. The charismatic rocker, big from early days of the booming industry, with many hardcore fans who ended the best selling artist ever of his native country definition fits to both Elvis Presley and Johnny Hallyday. The 80s superstar, undisputed king of pop who turns everything into gold is Michael Jackson or Jean-Jacques Goldman depending on the side of the Atlantic you are located. Mix both descriptions to look at a 70s singer-songwriter rocker that turned massive in mid-80s, went downhill in the 90s before exploding again with albums related to World Trade Center Events and you will get both Bruce Springsteen and Renaud. The deeply engaged folk author that composed some of the finest melodies of all-time and still releasing albums to this day, Bob Dylan and Francis Cabrel. The ultimate AC singer that was insanely successful in the 70s with a typical haircut of the time, Neil Diamond and Joe Dassin. The historical crooner that kept giving representations until his last days and issued some of the biggest songs ever, Frank Sinatra and Charles Aznavour.

Isn’t there someone missing? Most of us, including myself, are too young to remember him, but one artist was once bigger than Elvis Presley and Michael Jackson combined. The man had 396 chart hits including 41 chart toppers and on movies area was part of movies adding for over 1 billion tickets. I’m referring to Bing Crosby, the god-like artist of pre-50s years. No matter if you look at records sales, radio airplay, TV air time or theaters audience, he was just destroying anyone else for 20 years. In that period, he also dropped what would end up being the biggest selling single ever which happens to be a Christmas song, White Christmas. Guess what? A French artist did very precisely the same in all those points. A gigantic movies figure, dominating all Medias, #1 recording artist of the 30s and the 40s by a mile and author of the biggest selling single ever in France which happens to be a Christmas song, Petit Papa Noël (translated “Little Santa Claus”).

This artist is Tino Rossi, the funny part is that they are even pretty look-alike in some pictures. Among all albums that emerged containing the famous Christmas songs of Tino Rossi, 1973 album C’Est La Belle Nuit De Noël was the public favorite. There is no need to check for chart history of this item. Its specific profile made it an off the radar record, that just kept selling every year once Christmas was around the corner. With charts being Top 10/20 for most years in the 70s/80s and the amount of records sold for Christmas, it was absolutely impossible to be part of the ranking with a catalog, steady seller. C’Est La Belle Nuit De Noël still passed the 100,000 units mark during its second Christmas season. In 1976, it even charted at #20 of November ranking, an impressive result.

In parallel, a 3CD box containing each a compilation of Corsica songs, his native island, a compilation of his biggest movie hits and C’Est La Belle Nuit De Noël was also released. Both, the original and the 3CD box went Gold in 1977, 100,000 units, when his label Pathé-Marconi, the historical EMI, made a major audit of their catalog.

After that, things remained quiet. No chart rankings, no sales figures. Only information was that Petit Papa Noel single was still crushing into the Singles chart every year, notching the unreal total of 219 charted weeks since the introduction of official charts in 1984. Nothing until 1989 when newly introduced awards pushed the label to audit again sales of some of their golden oldies. C’Est La Belle Nuit De Noël impressively rocketed to 2xPlatinum, representing over 600,000 units. I won’t be lying and claim I know exactly how much the album sold to that point. The only thing safe is that it was anywhere from 600,000 to 900,000 as a stand alone item. The lack of chart presence, although explainable, makes the upper region of the range unlikely. This is confirmed by the absence of a 3xPlatinum certification when their label updated some other records from their catalog in subsequent years. Still, with the old box added, sales were at least on 800,000 copies overall.

We had to wait until the introduction of the catalog chart in 2002 to get more information about this release. That year, both the stand alone album and the 3CD box charted in this ranking with the former peaking at #8. Every year since, at Christmas the record re-entered with its best year being 2006 with a #4 peak position. Since 2002, an estimated 80,000 copies have been sold in total. From 1989 to 2001 Tino Rossi sales were spread over less albums, the market was much bigger overall and the CD replacement factor generated large sales in early 90s for catalog records. This effect was quite visible in the Singles front. Indeed, while the song Petit Papa Noel went Top 30 most years but never Top 20 in the period 84-89, it reached #16 in 1990, #6 in 1991 and #8 in 1992 before going back to Top 30 peaks. Thus, sales for the period 1989-2001 are estimated on 200,000 copies.

Interesting to see the equivalents types between the US and French singers, I even agree with most 🙂