Worthiest albums of… The Beatles

MJD Posted on September 17, 2018 Posted in Understanding 2 Comments Tagged with Beatles, Worth it 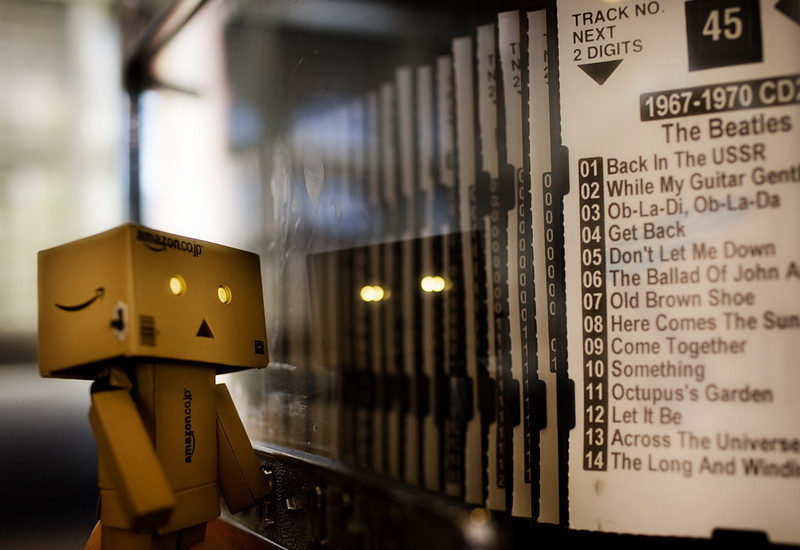 For more than two years we have been studying the worth of artists’ catalogs as per their success. It’s fascinating to see albums truly are the most successful ones as per our Commensurate Sales to Popularity Concept, but what happens when we compare how attractive the content of a record is with its retail price? To introduce this new view, there is no better example than the Beatles‘ records.

When you run a website about music, it makes sense to be affiliated with Amazon. It supports both artists and your own work, helping to continue to run the service. What about users though? What’s the interest for them? It’s when I asked myself this question that I decided to create this format of articles. Rather than simply linking albums on Amazon, let’s see which ones are the most interesting to purchase for you. After all, when the general public thinks about the worth of an album he thinks about its price rather than the value created for the label through the years. The price of a record also strongly influenced the music industry which fluctuated from singles to albums to singles depending on the worth of each format.

Nowadays, we are fully entering into the streaming era that is here to stay. Music aficionados haven’t got ride of their records though. Many still like to purchase an album. More and more people collect fresh new LPs although the majority still go by CDs. Both high quality products sound-wise, they are also perfect to display your music knowledge and your preferences to friends and family that you invite at home.

Are all albums worth the same though? Most are sold for $7-$15, but the worth of their content strongly differs. In the case of the Beatles, we already defined how many equivalent album sales all their outputs generated. Once you need to put your money yet, which record has the best organic value on a dollar for dollar basis?

The large majority of Beatles‘ albums are available on CD. The group is known to never sold them at budget price, but they are still discounted quite often on Amazon. These records are affordable and worth their price, usually from $8,99 to $15,99. Obviously, since studio albums and compilations are of different nature, we list them separately focusing mostly on former ones.

Below is the list of the 5 studio albums on CD with the best appeal per dollar ratio.

Usually fixed at $18,98, the price of Please Please Me is over $5 lower at the moment through Amazon Prime.

This classic album is a must-have no matter its price but even without factoring in its auro it’s still fairly worthy as per its content.

The immense success of the Beatles‘ final album and its title track puts it 3rd among their worthiest studio albums at the current Amazon Prime price.

The cover of Abbey Road alone explain why this album is so much collected. A trademark of good taste, this 1969 is also by far the cheapest right now among their post 1965 albums.

It may not belong to the all-time greatest records list, Help! is the best price-to-popularity purchase you can get among the Beatles‘ studio album. As surprising as it seems, this record that features singles as famous Help!, Ticket to Ride and Yesterday is priced under $8.

If you don’t really about the historical value of studio albums, the go-to product is a compilation. In total, there is currently 9 such products that have a better dollar for dollar value than Help!. One of them is easily the worthiest Beatles‘ album of all still…

With more than 14,5 million EAS per dollar, One is an absolute bargain. No wonder it sold massive amounts and still do year after year, very few albums ever added together so many valuable tunes at such a low price.

Although the LP nostalgia wave started a full decade ago, this market is still not mature. Various albums of the group aren’t widely available so far, especially their early US albums. The result is that a new pressing of the 1965 LP VI costs an unreal $499,99. While it is undoubtedly a great item to have if you are a collector of the band, you will need to be able to afford its purchase.

Not all LPs are as expensive though with the standard price being closer to $20. Unlike the CD format, Help! isn’t that cheap which concludes with its exclusion from the Top 5…

Obviously, as prices evolve through time, do not miss the opportunity on discounted items and keep checking pages of remaining albums to see when they become more affordable!

It’s impossible to watch the latest comments (or comment) at the “request your artist” topic. It just won’t load. I can only see comments up until 7 months from now.

Even with the various sortings? If so, I guess it’s time to create a poll or so from scratch 🙂