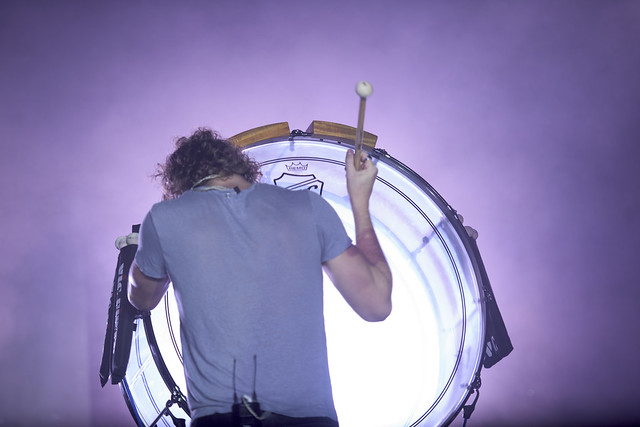 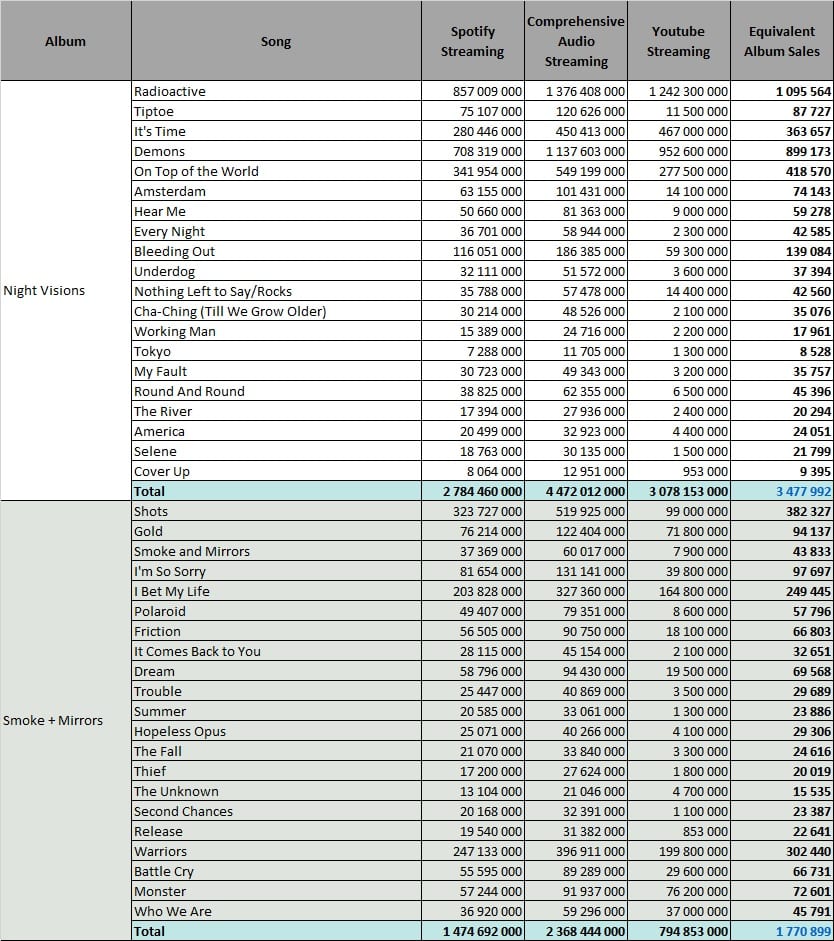 EAS of nearly 3,5 million units from streams is immense for any album, even recent ones that enjoyed the boost of the format. To register that figure with an album released in 2012 is thus absolutely insane. No other pre-2014 era came even close to 3 million, not even Adele‘s 21.

This total is made possible by two bigger than life songs, Radioactive and Demons. With monster numbers from both Spotify and YouTube, they add for nearly 2 million EAS together. If it wasn’t for these two songs, On Top of the World and It’s Time, around 400,000 EAS each, would look like monsters too. In all fairness, the entire album performs incredibly well. The album cut Bleeding Out is well over 100 million on Spotify and 9 more tracks are over 30 million.

Surprisingly, I Bet My Life comes only third among Smoke + Mirrors’ tracks. The relation to League of Legends provided a consistent source of exposure to Warriors while Shots has been gaining popularity through the years. In total the album adds for 1,8 million EAS from streams, a figure fairly healthy considering its relative poor reception at first.