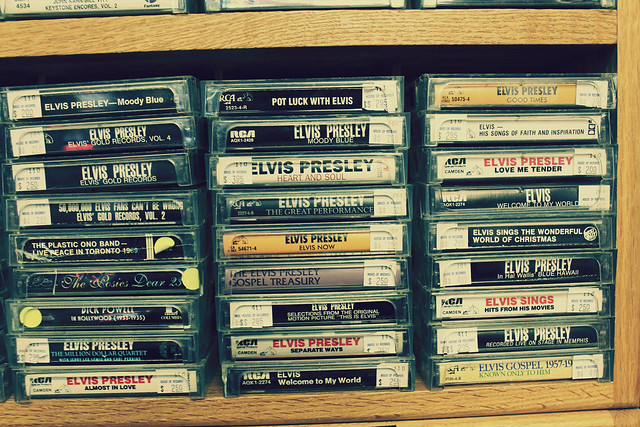 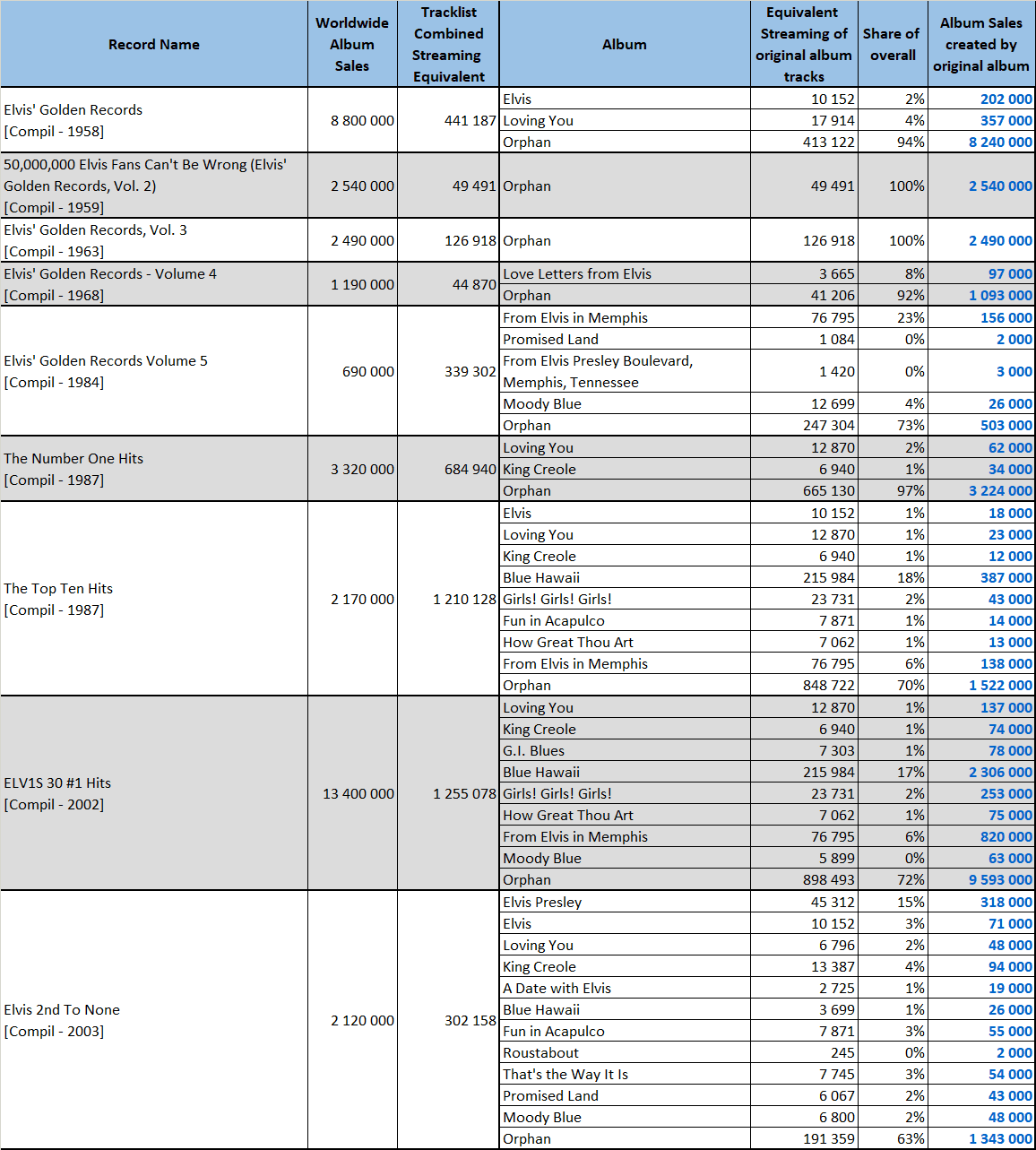 How to understand this table? If you check this example, these figures mean Elvis’ Golden Records sold 8,800,000 units worldwide. Then, the second statistics column means streams of all the songs included on this package add for 441,187 EAS.

The second part at the right of the table shows how many streams are coming from each original album as well as the share they represent. Thus, streaming figures tell us Loving You songs are responsible for 4% of the Elvis’ Golden Records tracklist attractiveness. In other words, it generated 357,000 of its 8,800,000 album sales. Eventually, we apply this methodology to all compilations.

The first run of Golden Records compilations was compiled to put together all orphan singles dropped by the King. That’s why the huge majority of the 15,71 million sales obtained by its 5 volumes are driven by orphan tunes.

In 1987, these older packages were replaced by new ones, The Number Hits and The Top Ten Hits. They sold most of their copies in the US since other compilations came out elsewhere. With the exception of Can’t Help Falling In Love, they were massively powered by orphan titles too.

The same is true for 30 #1 Hits and 2nd to None which became the new go-to compilations for the masses in 2002/2003. The former sold a stunning 13,4 million units, the highest selling album of the artist’s career. While we are only getting started with compilations, this set of greatest hits records already add for over 36 million sales!