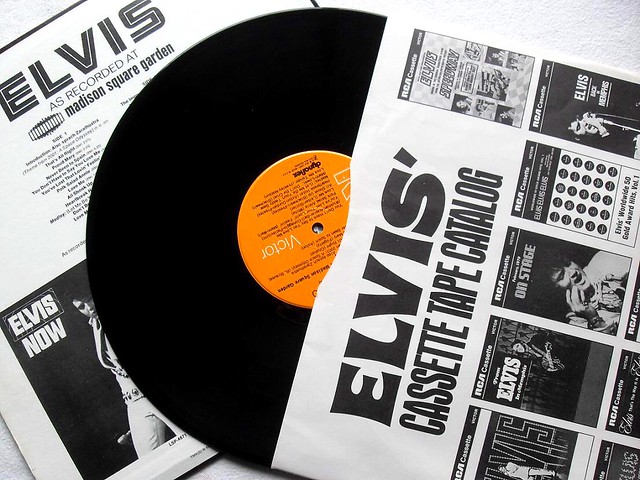 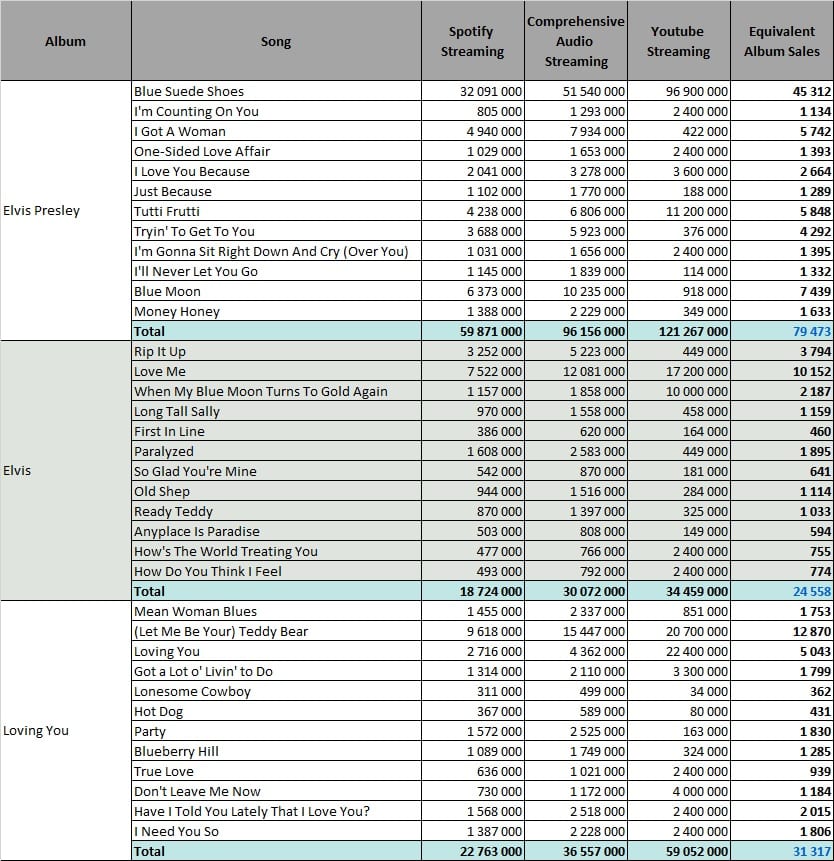 While streams of most former singles like the strong #1 hit Teddy Bear are mostly disappointing, except Blue Suede Shoes which generates a solid 45,000 EAS, the consistency shown by these 3 albums is quite good. For example, most tracks from the debut album are at more than 1 million at Spotify. Of course numbers aren’t incredible on a per-track basis but one needs to keep in mind that listening to a 800 plus tracks catalog takes a lot of time and ultimately reduces the average of plays.