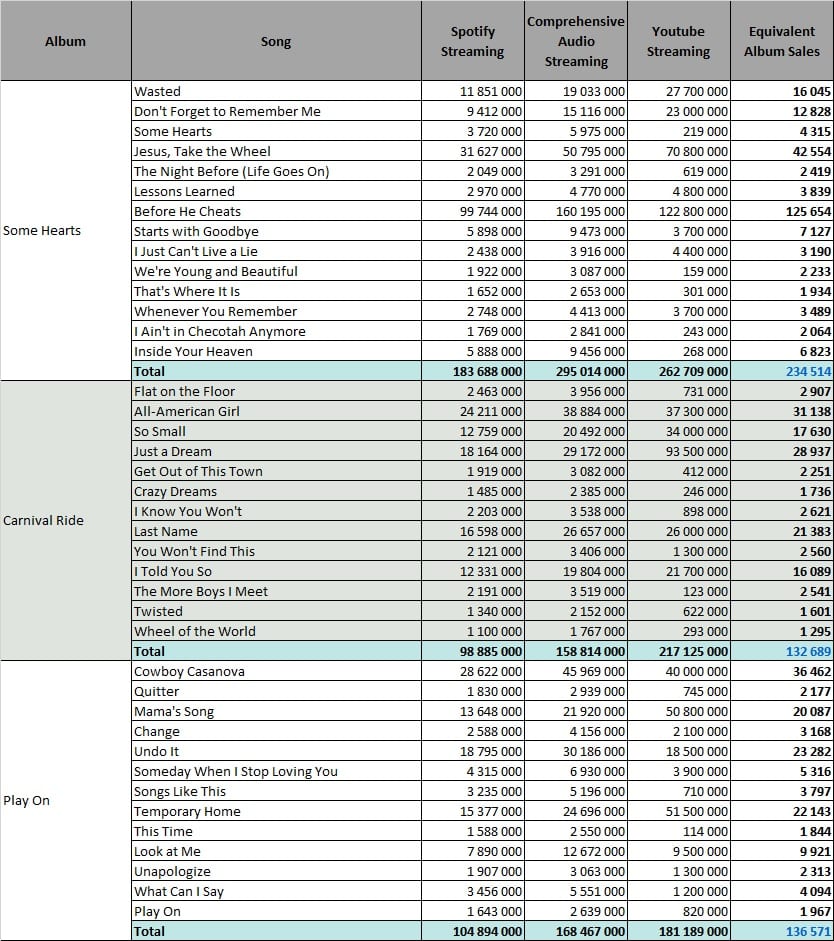 At 100 million streams on Spotify and 123 million on YouTube, Before He Cheats doesn’t look like an US-only hit. Its lasting appeal is impressive. This song accounts for 126,000 EAS out of Some Hearts’ total of 235,000 units.

It goes on to show that apart from that single, all these albums have been equally successful, all with 100,000+ EAS to date. The norm is that every former single stands at more than 10 million streams on both Spotify and YouTube. Jesus, Take the Wheel is the biggest of them with over 30 million and 70 million on these platforms, respectively.