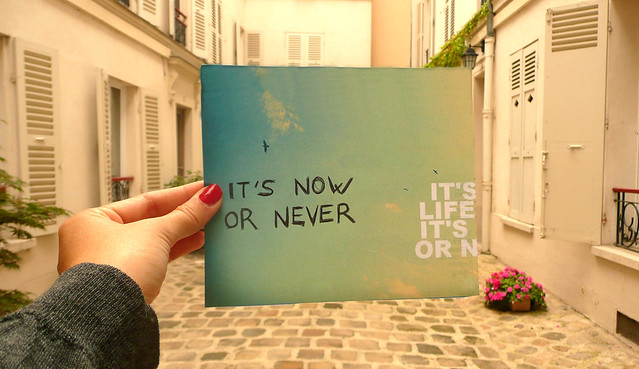 If his album sales are subject to various utopic myths, Elvis Presley‘s singles sales aren’t a mystery at all. Fact is, he sold an insane number of them. More than anyone who debuted after him, that means more than the Beatles, among many others.

Of course, It’s Now Or Never is nowhere near the 20 million sales often claimed. One must understand that historically labels used to state sales of every record that ever contained a song as copies sold of that song. Bing Crosby‘s White Christmas was quickly reported at 30 million. Every time Elvis’ Christmas Album was selling a copy, that was incrementing that tally since White Christmas is covered on it. That’s why sales figures for Christmas favorites, like Silent Night or Rudolph the Red-Nosed Reindeer, were massively overstated – and still are – because they were covered on most Christmas albums.

So, how many singles has Presley really sold? Since there is no pricing issue, no multi-discs troubles and almost exclusively RCA records concerned, their RIAA tally is fairly straightforward and clear. It stands at 50,5 million singles sold. The list can be viewed here, using the “More details” button.

One may consider 51,5 million singles have been certified. Both The Wonder of You and My Way got awarded for 1 million shipments during their promotional campaign but failed to get that certification confirmed during 1992’s comprehensive audit. It’s due to returns pushing net shipments back under the million mark.

Why do I say that his singles sales aren’t a mystery? Well, in the US, studying chart runs and RIAA awards gives us a total that will never differ much from the 75 to 80 million span. That includes the 361,000 units sold by Sun singles before the signing of Presley to RCA. In the UK, his official tally is slightly over 20 million physical singles. Here too, the margin of error small, checking every data concludes on 21 to 23 million sales. Sales in Canada, Germany, Japan, Scandinavia, France and Italy are also under control. Elsewhere, most of his singles weren’t even released and when they were, the market was very low back in the day. Career totals have also been quoted through the years by Jorgensen and NME while the Worldwide Gold Awards compilation listed every song that made it past a million globally. With all this information, it’s almost impossible to be very wrong.

Thus, instead of getting into each and every technicality backing numbers, this article presents results from several perspectives. page 2 includes sales per single, page 3 sales per market, page 4 sales per year of first release. As usual, I’ll be happy to answer questions and queries if something bothers you.

This is the only article with singles sales from a artist detailed. I would like to see this from other bigs artists, but i understand that can be a big work and could there be other priorities.

Great site with fascinating details of Elvis’ record sales. I have read estimates that, after his death, the explosion in demand for his records meant that his global record sales exceeded the figure for his total lifetime sales. Also I distinctly recall reading that RCA were due to shut down a pressing plant but changed their plans because of demand for his records and kept the plant open pressing nothing but Elvis records!

You can look at international charts at the time when Elvis dìed. For example “Charts all over the world”.

No, Analord. This wasn’t immediately after his death. The pressing plant issue was late 77 or early 78. The issue about his sales was approximately ten years ago and said that the constant demand for his records meant that his sales since 77 now exceeded his total lifetime sales.

OK, not sure what you meant by “the explosion in demand for his records” then… Anyway, Elvis selling more posthumously isn’t particularly impressive, The Beatles sold 85% of their albums after their breakup for example.

I can understand the Beatles selling over 85% of their albums post break up given that they were still a major chart force and had been successful for less than a decade whereas Elvis had been a superstar for 21 years but, by 1977 his record sales no longer dominated the charts as they had for the years 1956-63. You could argue that his record sales would have enjoyed a boost after his death but that may well have been expected to decrease over time (and may well have) but to exceed the sales he enjoyed during his career could… Read more »

Oh I agree that his continued success over the decades is remarkable, it’s just that it’s definitely not the most remarkable. Since the 80s, The Beatles must’ve sold around 240m albums while Elvis sold maybe 120m.

Hi, Analord, Just to clarify ‘the explosion in demand for his records’… this related to the fact that RCA reversed their decision to close a pressing plant and instead have it produce solely Elvis material because they, RCA, were experiencing unprecedented phenomenal demand for all of his catalogue. Given the buy out deal, doubtless RCA may have seen this as a cash cow they could well afford to milk as they didn’t have to pay artist royalties to his estate for all of his 1973 catalogue. If I recall correctly, this was a unique situation where a pressing plant was… Read more »

Billboard Magazine reported after Elvis’ death in August 1977 that demand for product was approximately 20 million albums per week, with sales having reached 200 million after 1 year. Unfortunately this became an “urban legend.” However, sales were impressive after his death, regardless.

200 million in a year 😆 I think it was more like 20 million, for comparison I believe MJ sold around 15m albums the year following his death.

I had a friend who ran a Record Bar in a large mall in Illinois.
Record Bar sold out of Elvis product in an hour after Elvis died.
My friend immediatly ordered any Elvis product available-he was told RCA had sold out but was putting their plants into 3 shifts and were contracting with Capital and Colombia records to use their plants to produce Elvis records. Record Bar continued to sell all Elvis product out every order they got in for over a year.

I well recall the deluge of Elvis product after his death. Back then of course access to sales figures etc. wasn’t as it is today. One significant independent source as to Elvis’ sales was the Guinness Book of World Records. I also have several editions of Joe Murrells Book of Golden Records. Back then I must have spent months trying to determine the accuracy of those releases that had achieved Gold Award status rather than simply taking all of the hype as gospel. As for the Billboard Singles Chart I regarded that as a sales indicator with some reservation having… Read more »