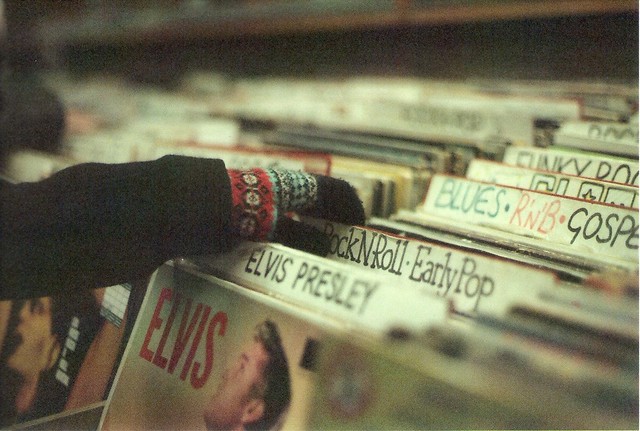 Chart experts tend to exclude extra sales obtained thanks to multi-discs sets in order to identify the true number of albums purchased. Keene went the other way, trying to look at multi-discs sets that could reach higher certifications.

A number of double albums were counted as one album by the RIAA because of their playing time. But they were physically distributed as two albums and priced accordingly so Sony BMG are justifiably entitled to count them as such.

His source isn’t hard to identify since it’s once again Jorgensen who stated in 2001:

This again hurts Elvis, as the limit is 100 minutes, and a double album in the days of vinyl records could not hold 100 minutes with sacrificing the sound. This means that classic Presley albums like Aloha from Hawaii and Elvis in Concert only count as single albums.

What is this about? You must be aware that the RIAA counts every disc as a sale so a 1-million selling double album will be certified 2xPlatinum. That rule is applied under defined parameters. Until 1975, there was no criteria based on units sold but instead a gross to reach so double album were implicitly weighted higher since they were more expensive. Many years later when the units criteria was already the norm, to remain consistent, they remained consistent with that logic by allowing each disc from a set to be certified. During the 90s, the RIAA requested to double albums to be at least 100 minutes long considering the content a CD could contain. Presley issued various 2xLP that were much shorter yet simply because the LP can’t contain as much music as a CD.

Misunderstood awards of Aloha from Hawaii and Elvis in Concert

In fact, CD reissues of albums like Aloha from Hawaii Via Satellite and Elvis In Concert were 1-CD issues only against the original 2xLPs. That’s why they were certified as 1-disc albums up to 1999:

The suggested list price of Aloha from Hawaii was $7,98 during its initial years. Since there was no criteria based on units sold back then but only $1 million to make based on a third of that price, the album went Gold quickly thanks to 376,000 units shipped. In 1988 the units rule was in place, so it had sold 2 million copies by then. It was released in CD in 1992 but its major promotional push as a catalog item came in 1998 when the 25th anniversary CD album came out. This release sold roughly 650,000 units to date in the US.

In 1999, thanks to both the new eligibility of clubs free goods and the large shipments of the 1998 edition, the set reached 3xPlatinum for 3 million sales. With a running time of 85 minutes, it wasn’t possible to certify it as a double album. In any case, since its initial price was what was called a Medium price rather than a double price, it wouldn’t have been able to be certified 6xPlatinum anyway. If we assume 2,5 million LPs sold by then at $7,98 plus 500,000 CDs at $12,98, that represents a volume of $8,8 million, only good enough for 4xPlatinum.

Just like the pricing rule was discontinued for pre-1972 albums in early 00s, they also adjusted requested parameters for multi-discs LPs, discontinuing the running time limit for pre-1982 album, the year of the CD arrival. Thanks to this new rule, our two Presley albums of interest were at last certified as double LPs for the first time in 2002:

The same was true for This is Elvis, a 1981 double album that went Gold on that 2002 update thanks to 250,000 units shipped. A lot of people misunderstood that update, believing they were still certified as single albums because of the former Jorgensen comments. Keene stated in 2008:

the 1973 ‘Aloha’ album which has certified sales of 5 million but as it is or was a double album has therefore sold 10 million units. However its running time is below RIAA rules so they count it as a single album

Since Aloha hasn’t gone 6xPlatinum but only 5xPlatinum, they though it still hadn’t been doubled. The RIAA doesn’t simply multiply by two shipped units though. They certify how many discs have really been sold. Thus, CD units sold since 1992 are counted as 1, the 2-units rule is only valid for former LPs. If we go back to our previous assumption, 2,5 million LPs (x2) plus 500,000 CDs (x1) mean 5,5 million units have been sold rather than 6 million plus.

Over-interpretation of the 100-minutes rule

The case of Aloha led many people to believe that RIAA’s parameters enabled only the number of CDs a reissue included to be certified, no matter how many LP the original release had. The truth is that the running time limit was also 100 minutes for packs of 3 or more discs, even for post-1982 releases. A good example is the box of Reader’s Digest, Elvis! His Greatest Hits. A 7xLP upon release in 1979, its running time was short for a 7-discs set but still well over 100 minutes. It means its 1998 Platinum award involved each of its discs so it only had to ship 142,857 units as long as the price criteria was met.

Similarly, the 4xLP / 2xCD set The Other Sides – Worldwide Gold Award Hits, Vol. 2 went Gold in 1999. As it was 118:20 minutes long, it was eligible for multi-discs certifications during the 90s already. Only available through a limited release in CD, most of its copies were sold in LP format, so that award represented 125,000 units shipped. The story is the same for box sets Worldwide 50 Gold Award Hits Vol One (4xLP, 2xPlatinum for 500,000 units) and Elvis Aaron Presley (8xLP, Platinum for 125,000 units), both over 100 minutes long.