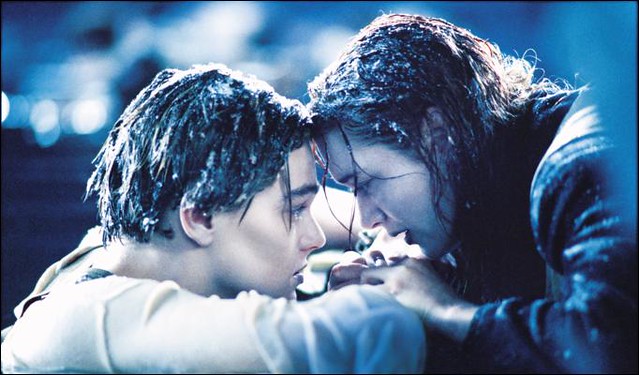 It has now been 20 years since the release of the earthquake titled Titanic. The movie, its actors, the VHS, the DVD, the Soundtrack, its theme song, everything about it was utterly massive. During 4 months the entire World kept watching a ship sinking.

James Horner was naturally elected to compose the Soundtrack of this juggernaut project. The American conductor passed away in a plane crash 3 years ago this week. Before the sad event, he rose to fame thanks to his works on Star Trek, Aliens, Braveheart and Apollo 13 among others.

At first, the composition of the Titanic Soundtrack was given to Enya, who refused it. The Irish theme of the album made her an obvious first choice. Music tainted with Irish and Celts sounds was also incredibly popular at the time thanks to diverse acts like the aforementioned Enya but also the Corrs, ERA, the Cranberries and the huge Riverdance show. Horner perfectly translated these influences into the soundtrack. He was assisted by Norwegian legend Sissel who contributes with background vocals all along the record. Horner also added lyrics to one song and recorded it with the biggest global singer of the time: Céline Dion. The rest is history.

As usual, I’ll be using the Commensurate Sales to Popularity Concept in order to relevantly gauge its results. This concept will not only bring you sales information for Titanic‘s soundtrack, physical and download singles, as well as audio and video streaming. In fact, it will also determine its true popularity. If you are not yet familiar with the CSPC method, the next page explains it with a short video. I fully recommend watching the video before getting into the sales figures. Of course, if you are a regular visitor feel free to skip the video and get into the figures.

Do you know why MHWGO didn’t go #1 in Japan? It wasn’t released in New Zealand but how do you explain it in Japan? Thank you, your job is amazing.

It’s released as two EP with a remix, both cer-ed over 0.3 m

Hi MJD, I am sorry for bringing this up again. I am really ok with Titanic album sales not added to Celine cos it isn’t a Celine Dion album. Your explanation on your comment on this article is clear. But when I think about “The Bodyguard”, isn’t it because of the movie people bought the album? A movie soundtrack album is called a movie soundtrack album because it is for the movie, not for Whitney. It is to sell the movie, not to sell Whitney. The album was made for the movie, not for Whitney. As you have said ,… Read more »

I hope you aren’t serious with that Kevin Costner argument 😉

In any case, with Anthony we agreed for several months that to avoid never ending and pointless debates, we will simply stick to a concrete rule: soundtracks are assigned to an artist as soon as the RIAA or lescharts family of sites assigns it to an artist. All articles since Phil Collins are consistent to this rule and following ones will continue to stick to it.

Thanks for the explanation. 🙂

I feel (and this is just a suggestion) that you should seperate the lists of artists and soundtracks (“Titanic sold more than Lorde”……..seems kind of silly) and also add a list of artist totals that include work they did with bands or other projects………for example the list with Eagles and Led Zeppelin, but a different list with say Don Henley + Eagles total and Robert PLant + Led Zeppelin total, MJ, Paul MCcartney, etc………………It could be a 1 page companion piece and would take you only a couple hours to put it together. I think it would be fun, What… Read more »

Hi Nathan! We provide comparative ASR inside the article to give a rough idea of what these sales represent, but inside Data Collector’s lists Soundtracks / Artists aren’t mixed together, instead they are put together with albums! As for total sales of band members and all, it would be interesting for sure but to be honest that would be way too much work. For almost every successful band, we can identify as many albums from their solo members, either solo or with additional projects. Working on Genesis for example would become as painful as treating Elvis. Also, while this is… Read more »

Hi MJD, I’m referring only to the EAS of the Titanic’s movie theme song/single My Heart Will Go On which is 29,310,000 million EAS. I would understand if the song is a duet/collaboration but MHWGO is not a duet so The EAS of the single should be credited to Celine and added to her total EAS as a music artist. Unless you’re telling me that you treat the same to other music artists who have movie theme songs, the EAS part sold through the movie has not been added yet like for example. The EAS of Can’t Stop The Feeling… Read more »

Hi RLAAMJR! It is treated the same for all artists, and duets or solo tracks doesn’t change the picture. For example, there is no sales of Trolls added to Justin Timberlake, no sales of Despicable Me 2 added to Pharrell Williams (“Happy”), no sales of Armageddon added to Aerosmith (“I Don’t Want to Miss a Thing”). Once again, you should wonder what the consumer went after. The case of My Heart Will Go On is very clear. People had 3 choices: – buy Let’s Talk About Love, a Celine Dion album – buy My Heart Will Go On, a Celine… Read more »

Hey MJD,Are there some problems about Madonna’s physical single sales which you posted last year?You said that it should decrease because of overestimation.

Actually, no, Madonna was already updated in August 2017, a couple of month after the template fix, and her figures were then corrected.

Hey MJD, can you explain why Pour Que Tu M’aimes Encore was listed as the best selling single of all time in Canada by the Guinness Book in 2018?

Hi François! I haven’t see that book, but some tips: – it could be completely made up by a fan and not appear on it at all – it could come from the online version of the GWB where everyone can add “records”, even if they are fake – it could be a airplay ranking or whatever from Quebec – it could be the “best selling Canadian single” from its year, meaning Worldwide, that got confused with biggest in Canada (the same happened for various sales of Shakira vs Colombia, for example) What’s safe to say is that this came… Read more »

I noticed you didn’t mentioned physical single sales from Canada. I think their singles market back then should be stronger than Australia right? Not sure about this, just a guess. And I am sure being a Canadian, Celine must’ve sold very big number for the song in Canada.

Hi Michael! Nope, Canada is also one of these markets that got ride of physical singles long before Europe and even the US. During the 90s, there was from half a million to a million singles sold per year, less than 10% of the Australian market. More than the size of the market what’s important to understand is the nature of sales. Figures were so low simply because CD singles weren’t issued anymore. Thus, the few manufactured CDs remaining were one-off products, e.g. charity singles or promo CDs for radios. MHWGO is no exception, just like most hits from the… Read more »