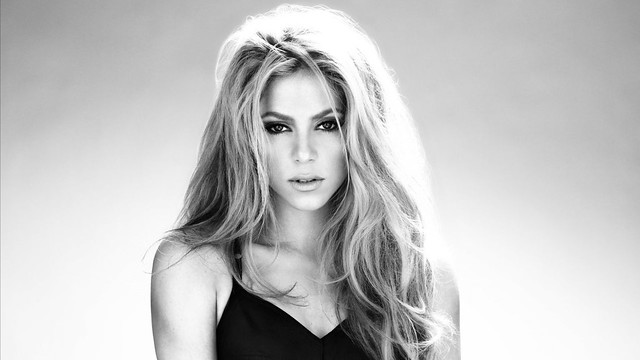 The football World Cup is currently flooding media from everywhere. No artist is more linked to this competition than Shakira. During each of the last 4 World Cups, she got a huge hit. Whenever, Wherever in 2002, Hips Don’t Lie in 2006, Waka Waka in 2010 and Dare (La La La) in 2014, we are left wondering if her new song Clandestino will take over the same one as these previous summer anthems.

It wasn’t always easy for the Colombia superstar. She started with two anonymous albums, Magia and Peligro, when she was only a teenager. These two records will be ignored in this study as they hardly sold a thing and got removed from the market for decades on the demand of the artist herself. With her 1995’s third album Pies Descalzos Shakira hasn’t only got successful, she became massive, huge enough to cross over boundaries of Latin America. The fourth effort was so strong too that breaking the global audience was inevitable. This unstoppable rise to the top reached its peak with 2001’s set Laundry Service and it’s monster single Whenever, Wherever. Her first worldwide smash, not her last.

Her special nature makes harder to compare her success with the one of remaining pop stars. Shakira continues to release most of her material in Spanish along with English versions. Of course, as popular as she may be in Latin countries, those are still fairly weaker markets than English-speaking ones. So, when taking into account everything, how does she perform against the US / UK icons?

As usual, I’ll be using the Commensurate Sales to Popularity Concept in order to relevantly gauge her results. This concept will not only bring you sales information for all Shakira‘s albums, physical and download singles, as well as audio and video streaming. In fact, it will also determine their true popularity. If you are not yet familiar with the CSPC method, the next page explains it with a short video. I fully recommend watching the video before getting into the sales figures. Of course, if you are a regular visitor feel free to skip the video and get into the figures.

Soundscan sales used to be quite pointless for Latin artists back then since Soundscan panel had a dreadful coverage of specialized Latin retailers. I explained this issue a couple of times, here and here.

Are we going to see an update for this soon? I assume El Dorado can be updated to quite a lot higher.

Hi MJD could you please break down digital numbers for Hips dont lie? maybe an updated figure… thank you so much in advance.

hello, MJD.
I really love you work, I really interesing in the CSPC result and I have a question for you, what means the sales of the page 25?, be the pures sales? (Digtal and Physical Sales), the EAS? Thank you for upload this.

You know the sales for contry of MTV Unplugged, Grandes Exitos, Live & Off The Record, Oral Fixation Tour and Live From Paris?

what mean the sales of the page 25?

How all the singles of “Donde Están Los Ladrones?” have only 5.000 copies if “Ciega, Sordomuda” and “Tu” be #1 on Hot Latin Songs? The Same With “Laundry Service” and “Pies Descalzos”

Physical singles have been non-existent in Latin America for decades. All their singles rankings are based on airplay!

But this singles have a Phhysical Version:

Poem To A Horse:
https://articulo.mercadolibre.com.mx/MLM-640532188-shakira-poem-to-a-horse-cd-single-_JM

And Thanks for “MTV Unplugged” Songs like “Ojos Así”, “Moscas En La Casa”, “No Creo” and “Donde Están Los Ladrones” have a special promo cd.

Promo is the word here! A promo single is a copy pressed to be sent to radio stations or retailers, so that purchasers can listen to it while shopping. These records are not for sale!

Back when Shakira’s article was done, we weren’t using Discogs, so it’s indeed relevant still to search for local releases that could have been missed. Out of the ones you mention though after having a look only Ciega Sordomuda sold something in Latin America, more precisely in Mexico.

How you know the stream of Apple Music or Deezer?