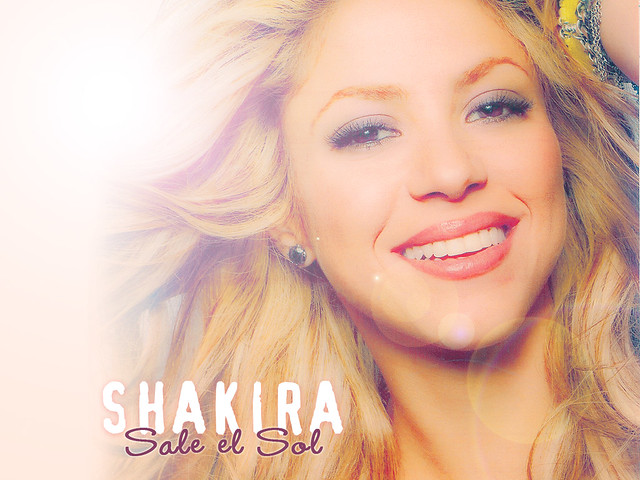 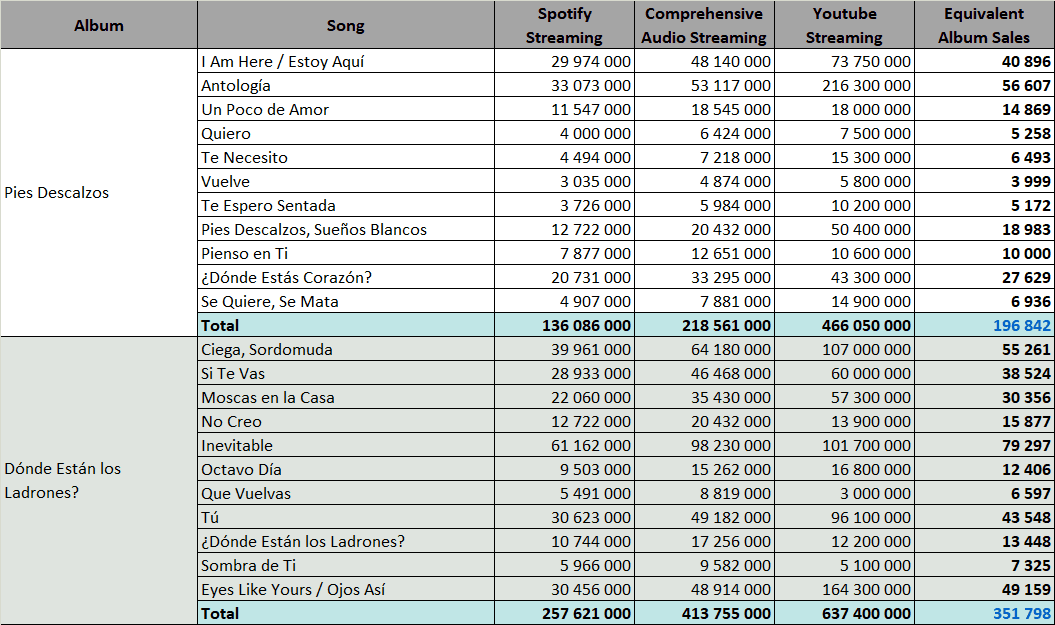 A few days ago, I posted the CSPC article of Alanis Morissette. On it, I mentioned she still does well in streaming with 398,000 equivalent album sales for her juggernaut album Jagged Little Pill. Believe it or not, Shakira‘s Spanish album from the same era Dónde Están los Ladrones? is quite close from it at 352,000 units.

This is the illustration of how utterly massive it has been in the Spanish world. Very few catalog songs in foreign languages topped the 20 million mark at Spotify so far, yet as many as 6 did it from that album alone. Still not convinced? Those two Spanish records have as many 10+ million songs than Madonna‘s first 9 albums combined. The lowest album cut from the latter album is also over 5 million Spotify streams.

One more time, these figures show the relevance of the CSPC method. I mentioned during the previous pages how some formats weren’t favorable to Spanish-language recordings like physical singles and downloads since their main markets have never consumed a lot these products. The success is always translated somewhere though. Streaming works as the perfect compensation for them. Mexico and Brazil among others are becoming massive streaming markets thanks to their large penetration of internet and their huge populations. If on average they spend less money to buy records, they use much more YouTube and now audio streaming platforms.

Some intriguing fact to take off those mind-blowing results is how Dónde Están los Ladrones? crushes Pies Descalzos by almost 2 to 1 although they sold similar amounts of studio albums. We will be understanding why during the next pages.

This website uses cookies to improve your experience while you navigate through the website. Out of these cookies, the cookies that are categorized as necessary are stored on your browser as they are as essential for the working of basic functionalities of the website. We also use third-party cookies that help us analyze and understand how you use this website. These cookies will be stored in your browser only with your consent. You also have the option to opt-out of these cookies. But opting out of some of these cookies may have an effect on your browsing experience.
Necessary Always Enabled
Necessary cookies are absolutely essential for the website to function properly. This category only includes cookies that ensures basic functionalities and security features of the website. These cookies do not store any personal information.
SAVE & ACCEPT
wpDiscuz
73
0
Would love your thoughts, please comment.x
()
x
| Reply