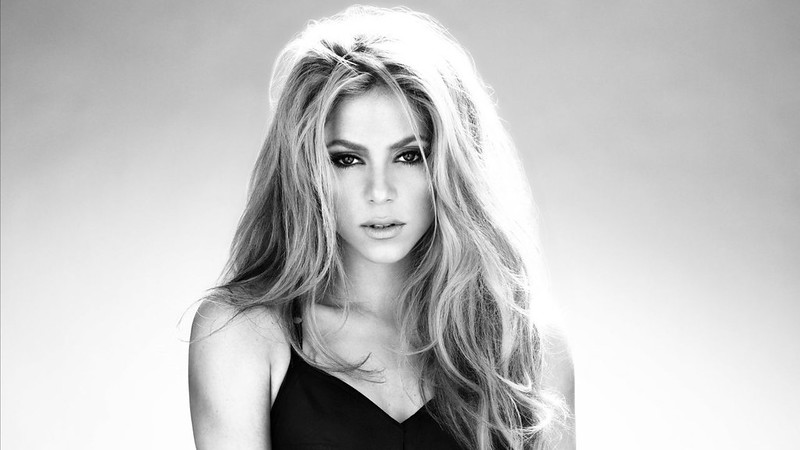 The football World Cup is currently flooding media from everywhere. No artist is more linked to this competition than Shakira. During each of the last 4 World Cups, she got a huge hit. Whenever, Wherever in 2002, Hips Don’t Lie in 2006, Waka Waka in 2010 and Dare (La La La) in 2014, we are left wondering if her new song Clandestino will take over the same one as these previous summer anthems.

It wasn’t always easy for the Colombia superstar. She started with two anonymous albums, Magia and Peligro, when she was only a teenager. These two records will be ignored in this study as they hardly sold a thing and got removed from the market for decades on the demand of the artist herself. With her 1995’s third album Pies Descalzos Shakira hasn’t only got successful, she became massive, huge enough to cross over boundaries of Latin America. The fourth effort was so strong too that breaking the global audience was inevitable. This unstoppable rise to the top reached its peak with 2001’s set Laundry Service and it’s monster single Whenever, Wherever. Her first worldwide smash, not her last.

Her special nature makes harder to compare her success with the one of remaining pop stars. Shakira continues to release most of her material in Spanish along with English versions. Of course, as popular as she may be in Latin countries, those are still fairly weaker markets than English-speaking ones. So, when taking into account everything, how does she perform against the US / UK icons?

As usual, I’ll be using the Commensurate Sales to Popularity Concept in order to relevantly gauge her results. This concept will not only bring you sales information for all Shakira‘s albums, physical and download singles, as well as audio and video streaming. In fact, it will also determine their true popularity. If you are not yet familiar with the CSPC method, the next page explains it with a short video. I fully recommend watching the video before getting into the sales figures. Of course, if you are a regular visitor feel free to skip the video and get into the figures.

I don’t really get how it is possible that her label has been spreading the “80 million records” sold number for more than a decade, referring of course to pure sales, when according to this research, she hadn’t even crossed that mark in 2018 with streaming numbers included. Do you think you might have missed something? For example she is known to be very big in the MENA region and some Asian countries like India, and I guess it is not easy to find accurate info about sales there. And perhaps that might be true for Latin America as well.… Read more »

She sold 104m records if you’re counting albums + physical and digital singles as of this article. So that claim can be accurate, it’s just misleading,

Oh I get it, thank you! Do you plan to update her report soon? She has grown incredibly streaming wise since 2018, and I think she’s a very peculiar case study as she is the only female 90s diva that managed to adapt so well to the streaming era, both on Spotify and Youtube. I would love to know how much her album units have increased with the CSPC method. In that regard, I would like to point out some songs to make sure they are taken in consideration on the next report (in case they weren’t): Pure Intuition (it’s… Read more »

What’s articles you’re planned to update in the near future ?

I would like to ask you a question, I rely on a music expert like you, it is more important to sing at the Super Bowl, at the opening ceremony of the world cup, at the Glastonbury festival or at the half time of the Eurovision Song contest like Madonna did and Timberlake? preferably give me a ranking, thanks

Can you please update Shakira? It’s been a while and I think she probably crossed 80M

This website uses cookies to improve your experience while you navigate through the website. Out of these cookies, the cookies that are categorized as necessary are stored on your browser as they are as essential for the working of basic functionalities of the website. We also use third-party cookies that help us analyze and understand how you use this website. These cookies will be stored in your browser only with your consent. You also have the option to opt-out of these cookies. But opting out of some of these cookies may have an effect on your browsing experience.
Necessary Always Enabled
Necessary cookies are absolutely essential for the website to function properly. This category only includes cookies that ensures basic functionalities and security features of the website. These cookies do not store any personal information.
SAVE & ACCEPT
wpDiscuz
81
0
Would love your thoughts, please comment.x
()
x
| Reply