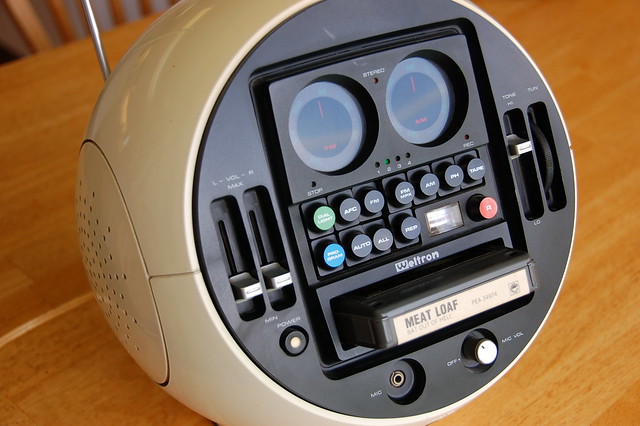 The career of Meat Loaf has been a one-of-a-kind story since day one. He is nowhere and everywhere at the same time. Acting, singing and performing he built a curriculum vitae insanely impressive in comparison to his own fame. Among his stand-out moments feature the iconic album franchise Bat Out Of Hell.

His unique trajectory leads to weird conclusions. The first album of the Bat Out Of Hell series, issued in 1977, is still claimed to be* among the very highest selling albums of all-time at 43 million units. At the same time, various statistics prove he is completely unknown in several key markets like Japan. He has on average 71 times less views there than Michael Jackson, AC/DC, Pink Floyd and Whitney Houston, claimed to own the Top 5 best selling albums along with him. The same situation is verified in Brazil, France, Italy, Indonesia, Mexico, Spain, etc. The list goes on. While we have learn that claims may be inflated, they are never so much different from the valid data. What happened then? How big really is Meat Loaf? How much his Bat Out Of Hell albums sold? Were his remaining records successful too? What’s his biggest hit to date? It’s time to dig into his numbers to point out valid answers.

*Please note the Wikipedia list is widely inaccurate, follow this link for a better reflection of the true ranking.

As usual, I’ll be using the Commensurate Sales to Popularity Concept in order to relevantly gauge his results. This concept will not only bring you sales information for all Meat Loaf‘s albums, physical and download singles, as well as audio and video streaming. In fact, it will also determine their true popularity. If you are not yet familiar with the CSPC method, the next page explains it with a short video. I fully recommend watching the video before getting into the sales figures. Of course, if you are a regular visitor feel free to skip the video and get into the figures.

Can i get the total EAS on Meatloaf’s version of It’s All Coming Back To Me Now? Oh and please the total EAS too on Marion Raven’s part so I can get the complete total EAS of the song. Thank you in advance!

Thank you for the analysis. Waiting for the king of rock and roll.

It’d be a perfect time to do Jay Z since his joint album just dropped with Beyoncé.

When Jim said that IACBTMN was an attempt to write “the most passionate, romantic song” he could ever create, I was really happy because it could really mean it is his favorite and the best song he has written. So yeah, I’d Do Anything For Love, Total Eclipse Of The Heart are great songs too, but IACBMTN is his most special song. IDAFL is the bigger single though 13,140,000 EAS prolly TEOTH (no figures available yet) is also bigger than IACBTMN (12,280,000 EAS) as both songs reached #1 in the US Billboard Hot 100. IACBTMN only reached #2 which for… Read more »

No, Steinman saw “It’s All Coming Back to Me Now” as a “woman’s song, so prevented Meat Loaf from recording it. Girl group Pandora’s Box went on to record, and it was made famous through a cover by Celine Dion, Meat Loaf has said the song was intended for Bat Out of Hell II and given to the singer in 1986, but that they both decided to use “I’d Do Anything for Love (But I Won’t Do That)” for Bat II, It’s considered to be “the greatest love song ever written,” and Dion version ” the record of the millennium“… Read more »

I’m sure Meatloaf isn’t complaining………..he has a solid career and a unique sound.

I really thought she has the worst career downfall ever. Clearly I was wrong.

Alanis Morissette should do the same as Meat Loaf with the Bath…albums, and release an album named Jagged Little Pill II. And maybe JLP part III as well.

not an inflated number listed at 45 million by the New York times , LA Times , and 3 other major newspapers in the states but not the real number , the President of Epic at the time Bat was released has said it is 60 million .

Thank you for mentioning Jim Steinman. Jim is the major reason why Meatloaf’s albums sold a lot. If only he always agreed with Jim, Jim would have not had Celine record his song “It’s All Coming Back To Me Now” and his version and his 3rd bat out of hell album could have sold millions more.

Still decent total EAS for him.