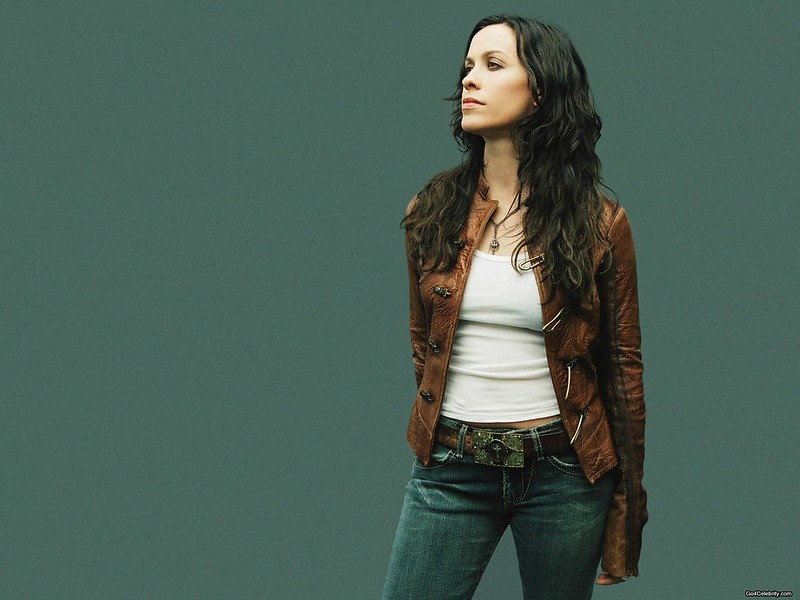 The career of Morissette hasn’t always been an evergreen story though. After debuting in 1991 in Canada, she crossed over the main audience 4 years later. Suddenly, she was all over the place. Songs You Oughta Know, Hand in My Pocket, Ironic, You Learn, Head over Feet and All I Really Want made the LP the anthem of the decade. Apart from her 1995 blockbuster yet, her catalog seems fairly unknown. Has she gone through the 90s as a comet or is she simply not too visible on media because of her anti-star persona?

As usual, I’ll be using the Commensurate Sales to Popularity Concept in order to relevantly gauge her results. This concept will not only bring you sales information for all Morissette‘s albums, physical and download singles, as well as audio and video streaming. In fact, it will also determine their true popularity. If you are not yet familiar with the CSPC method, the next page explains it with a short video. I fully recommend watching the video before getting into the sales figures. Of course, if you are a regular visitor feel free to skip the video and get into the figures.

I was waiting for her study for a long2 time. I knew it would be a very interesting read. Having said that, I always wondered. What went terribly wrong with her career. I guess you make the correct assessment MJD. Jagged Little Pill was just bigger than her.

Johnny be Good
Reply to  Michael

What went wrong? In one way I think the author is correct. Alanis is not exactly a media obsessed diva and her career path looks pretty similar to another media shy diva who had a huge debut but inconsistent follow ups, like Tracy Chapman. However I personally think it’s not the only reason for her fast decline. I think that both “Supposed Former Infatuation Junkie” and “Under Rug Swept” could have been more succesful if handled differently with a different choice of singles. Per example I’ll never understand why they didn’t use “Uninvited” as the lead single of “Supposed…” and… Read more »

Wow, so Jagged Little Pill outsold Come on Over???…??

The last figure for Come on Over was at 33,5m, but Shania’s article was published 2 years ago. Considering the gap is less than 0,2%, we can call it a tie in terms of pure units sold. Still, EAS wise, COO beats JLP by over 4m, which doesn’t really surprise me as I always though the the former was the more successful album.

Feast on screeps release “only cd” in brazil or cd/video.
Maybe 40.000 offer includes in soap opera.
How many copies for acustico and greateast hits in brasil or eua????

From Brazil, Feast On Scraps 45k in CD and 30k in DVD. Then Acoustic moved 50k to date, The Collection 55k.

Does this mean that Hootie is next?

Unfortunately, Hootie and the Blowfish isn’t part of the roster right now. The team is currently digging into their recent RIAA certifications and trying to understand it. Don’t worry though, their analysis will eventually come, and they’ll definitely have a heavy impact on Year-End list of 1994 with Cracked Rear View!

By the way, there is one artist that might be coming soon! I’ll give you a hint, this artist is one of the most requested on this site!

Really happy we finally get to see Jagged little pill’s CSPC. It was one of the biggest albums from the 90s you didn’t include in your “biggest 90s cspc” article. You should do Gwen Stefani and No doubt next. Tragic Kingdom also wasn’t featured on the article and i’m interested in knowing what its CSPC would be. Im assuming over 25 million.

The Bodyguard is essentially a Whitney album as stated many times.

So happy that her analysis is finally available. I believe Alanis is still happy despite of her most recent album sales. Nobody expected her Head Over Feet album would sell that much, and because of it, her SFIJ album still sold over 7 million copies. And most especially, Head Over Feet album is technically the best selling female studio album (the bodyguard is a soundtrack album) of all time. Because of Head Over Feet, she will never be forgotten nor ignored in music history. I thought Head Over Feet was her biggest single. Now i know it isn’t. Just like… Read more »

Nice, before reading article……….I thought about all the articles and for fun made a guess she would be at 60 million…………I was damn close

Jagged little pill is such a monster album and so iconic of the early/mid 90s alternative sound. I was young when it came out but I still remember it so well, and still listen to it in full from time to time. It’s definitely one of those rare albums where you can play it from front to back without skipping a song. Crazy how dominant Canadian females were in the mid 90s. Alanis, Shania, and Celine had several major albums between them, all among the top female albums of all-time. And what’s interesting is that they were all in different… Read more »

yes finally!!! i was wondering how big her jagged little pill album would be, and quite frankly i thought the total would be around 37 million, so i am happy she crossed the 40 million mark!! nice work 🙂

This website uses cookies to improve your experience while you navigate through the website. Out of these cookies, the cookies that are categorized as necessary are stored on your browser as they are as essential for the working of basic functionalities of the website. We also use third-party cookies that help us analyze and understand how you use this website. These cookies will be stored in your browser only with your consent. You also have the option to opt-out of these cookies. But opting out of some of these cookies may have an effect on your browsing experience.
Necessary Always Enabled
Necessary cookies are absolutely essential for the website to function properly. This category only includes cookies that ensures basic functionalities and security features of the website. These cookies do not store any personal information.
SAVE & ACCEPT
wpDiscuz
36
0
Would love your thoughts, please comment.x
()
x
| Reply