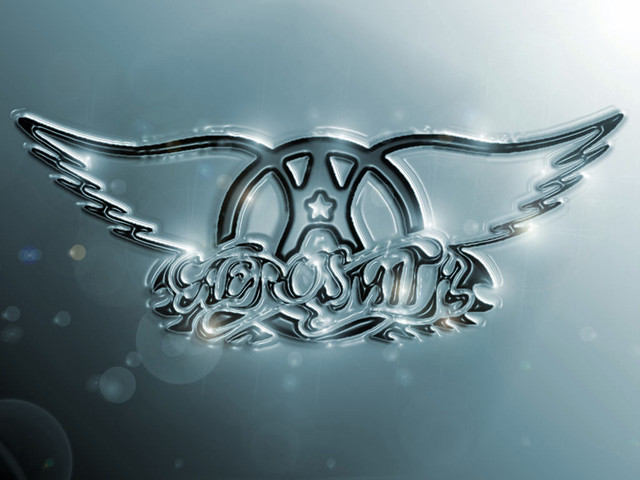 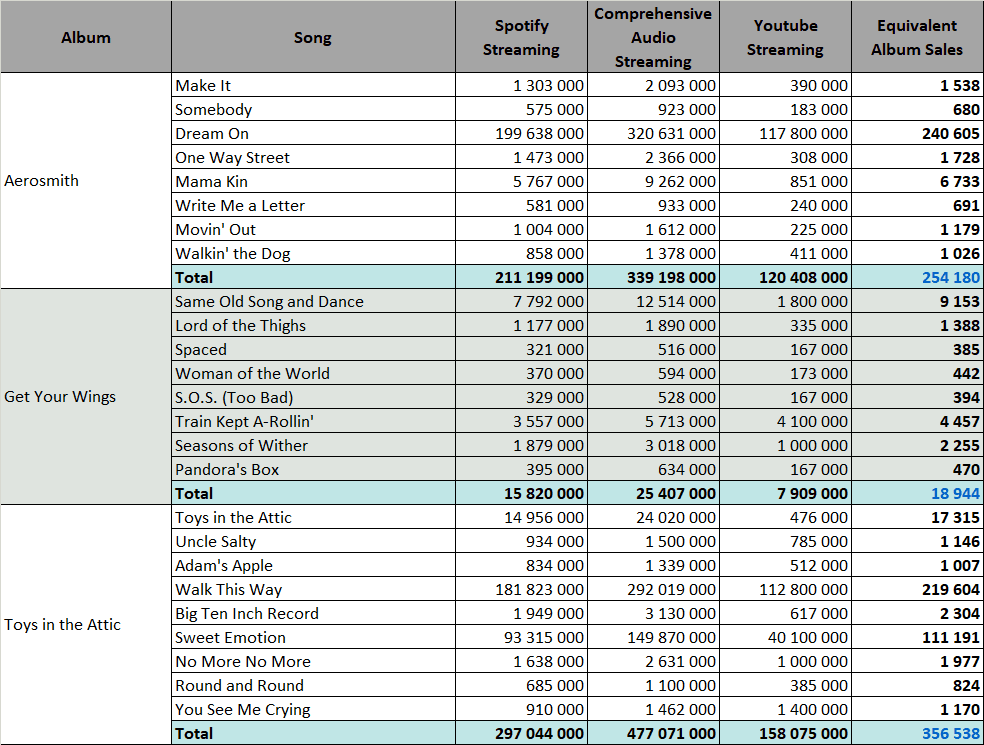 Incredibly inconsistent but also truly impressive. The first records of Aerosmith all contain tracks that are under 1 million streams on Spotify, which is quite weak. Streams of Dream On, Walk This Way and Sweet Emotion are insane still. The former is the biggest. As I’m writing these lines, it has now topped 200 million on Spotify alone. Walk This Way is nearly as strong while Sweet Emotion is closing in 100 million.

In terms of equivalent album sales from streams, Toys in the Attic leads at 357,000 units. Aerosmith comes second at 254,000. Then, the lack of hits from Get Your Wings damages it a lot as it stands at 19,000 units only.