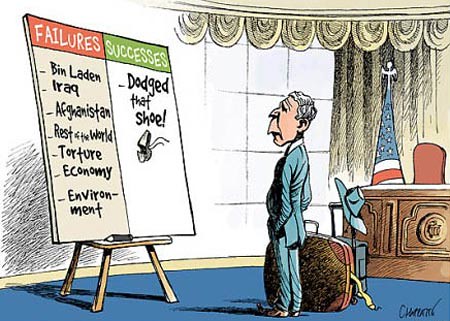 Clarkson needed two albums to recover from the disappointment she suffered with My December in 2007. After re-peaking with 2011’s album Stronger at 5,16 million EAS, she dropped all the way back to 1,22 million with her 2015 effort Piece by Piece. In-between, she issued an Adult Contemporary Christmas album which makes us to wonder how much that negatively impacted her pop star appeal.

Little Michael Jackson started strong with both Got to be There and Ben featuring solid hits. They both broke the 5 million EAS mark. His 3rd album Music & Me completely failed to reproduce this level of success yet. In spite of decades of super-successful follow ups, it still stands at 1,18 million EAS to date.

Untouchable from 1986 to 2001, the reign of Janet Jackson came to an abrupt end with 2004’s album Damita Jo. Previously, All For You had registered 7,33 million EAS and the star was off 5 eras which averaged nearly 14 million EAS. Still, with this new release she tumbled to a dreadful 1,69 million with all its singles failing to gain traction.

Survival produced 5,72 million EAS for the reggae legend Bob Marley. While this is a great tally for sure, it falls short of the 24,79 million units of its predecessor Kaya. Before, Exodus had registered 31,50 million sales. Survival‘s follow up Uprising stands on 16,03 million, which confirms the album from 1979 performed truly poorly by Marley‘s standards.

It’s hard to follow up an album like True which included smashes as big as Wake Me Up and Hey Brother. It’s even harder for DJs like Avicii who have virtually no fanbase, so they need the hits to sell well. Some songs from Stories even performed OK. Nevertheless, it was nowhere near enough to sustain the hype of its predecessor with overall sales down 77%.

Talking about hype, Lana Del Rey debuted her career strongly with a 10,20 million selling era, Born to Die. Ultraviolence hasn’t moved similar numbers, stopping its way at 2,34 million as of the last count.

It’s the first album of Cher to belong on this ranking, not her last. Her 5th solo album back then, it wasn’t even the follow up of a smash record. Her 4th era, With Love, Chér, sold only 615,000 EAS to date. Backstage sold much less still at 141,000 EAS. Upon release, this LP completely failed to make the US BB200 Chart and it never recovered.

Victim of Love, but definitely not victim of success. The most successful solo artist of the 70s struggled to close the decade. In fact, Elton John‘s 70s records generated more than 127,45 million EAS to date, but this 1979 release is responsible for a mere 724,000 units among this total. Chaotic considering that from 1971 to 1976, the flashy singer dropped 8 consecutive albums which fueled at least 6 million sales each.

Before his prime, John already had his share of ups and downs. It’s all due to his eponymous 1970 LP which featured Your Song. From that 20-million era, he then dropped to 2,42 million with Tumbleweed Connection, the project Friends followed  it at an awful 548,000 total. Soon after, Madman Across the Water smashed and changed in full the trajectory of the artist’s career.

While I excluded several soundtracks from this ranking, among which Collins‘ own Buster, here comes Brother Bear. Why so? Both albums are fundamentally different for the singer. In 1988, he was a massive pop star. He was so big that he tried acting in a comedy and happened to release a pair of songs for the soundtrack. Buster was his Who’s That Girl, a side project. By 2003 though, he was already an Adult Contemporary artist who recorded covers and theme songs frequently, a la Barbra Streisand. He went from Dance Into the Light (studio) to Tarzan (OST) to Testify (studio) to Brother Bear (OST) to Going Back (covers). Under those circumstances, we can’t ignore Brother Bear. This album sold only 891,000 EAS, more than 4 times less of the previous career-low of Collins.