DOWNLOADS VS STREAMING, THE WAR IS OPEN 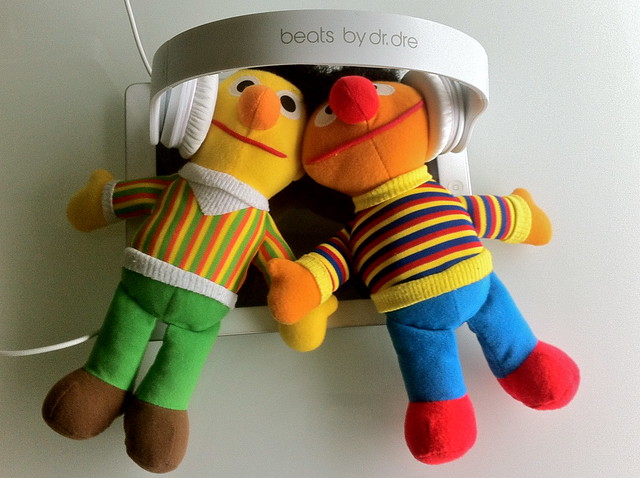 Considering we all live in this current era, most of you already know the differences between downloads and streaming. Rather than repeating known elements, we will focus on studying what is implied by them and how they will impact upcoming years.

As levels of both discovery and awareness naturally increase, the average consumer has more knowledge than in the past. People never listened to as many music as during the digital era. This trend will accelerate in the future considering reports tell us 8-12 years old kids listen to over six hours of music per week, over twice as much as during the physicals era. This overall increase in knowledge and culture concluded into a unseen situation:. In the US, in 2015, for the first time ever, sales of catalog items, e.g. songs and albums over 18 months old, topped sales of new releases. This is true for albums but also for songs downloads as shown below thanks to this Soundscan data: 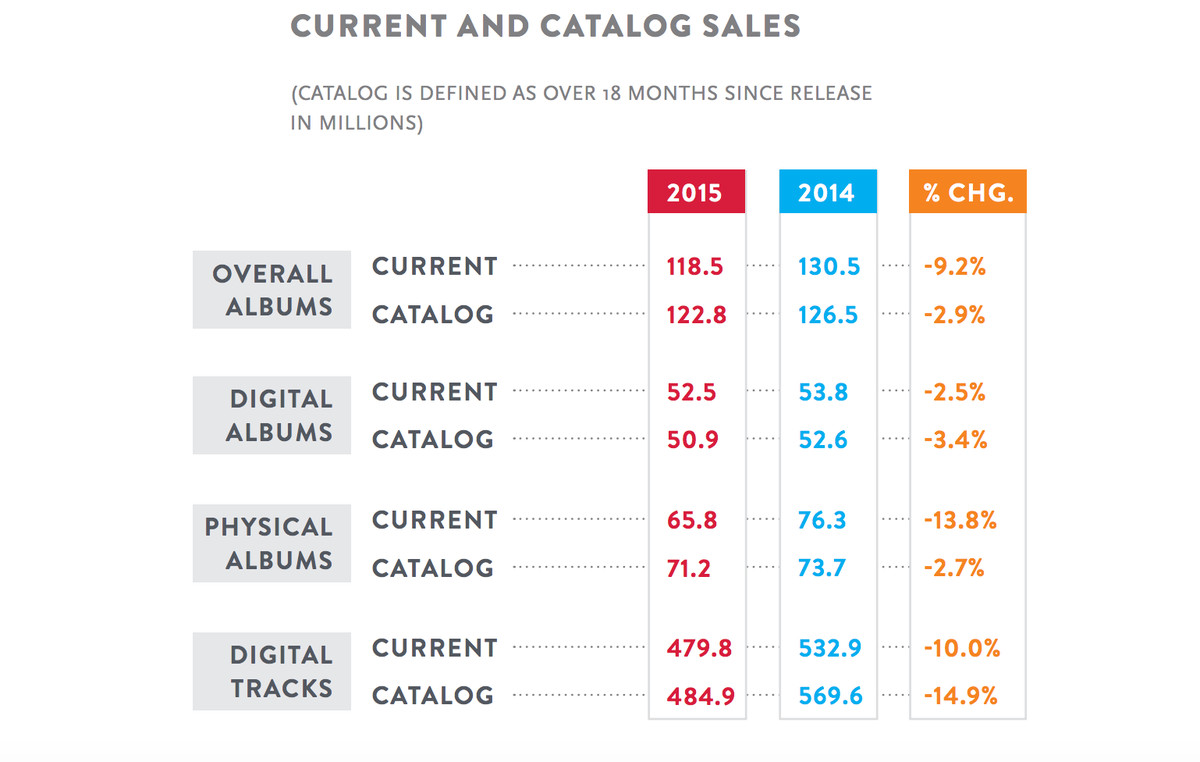 … and raised our expectations

Therefore, consumers naturally expect a large set of songs to be accessible. They do not want anymore a few new releases only to represent their entire panel of choices. That’s the outrageous nonsense of downloads. It’s an open window to the entire music world that requires you to pay for each and every small piece you wanna hear. Streaming solves this anomaly.

Another fundamental difference between both systems is that a downloads still require a physical device with the song available in local. It is dematerialized but a media is still mandatory. On your friend’s house, you can’t listen to your playlist unless you spent your precious time in copy and synchronization processes. On that same friend’s house, you barely need to open a web browser and log in. You will get all tracks you want and all your personal playlists.

To own or not to own

Which advantages downloads provide over streaming? There have been mostly two. The main one was that owning a song enables to listen it without an internet connection. This is a key factor. In fact, moments favored to listen to music include travelling in car, moving in public transports or during vacations. Internet access isn’t a guarantee in these moments. This problem is mostly solved by paid subscriptions in streaming platform. Most of them provide the capability to download a fixed but large number of songs locally.

The second positive side of downloads is to pay only one time for a specific song. With streaming, no matter if you listen to music or not you will still pay your monthly fee. This is an issue in theory only yet. Mobile unlimited subscriptions and internet connections of smartphones proved that once the habit of using these services is taken consumers can’t get rid of it anymore. 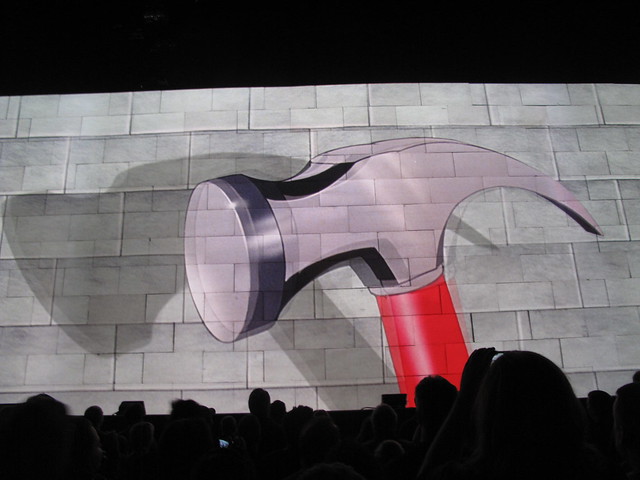 Admitting sales will keep collapsing, can streaming make up for this loss despite its constraints? In previous chapters, we mentioned the music industry peaked at $25,2 billion in 1999. Streaming revenues reached a billion in 2013 and estimates are close to 3 billion for 2015. There is still a massive way to go.

Standard price for a streaming subscription is $10 per month for a user and $15 for a family of 6. That’s between $30 to $120 per user per year depending on your configuration so let’s assume $75 per user. Streaming platforms reverse around 70% of the amount going to the music industry. A quick calculation tells us it would take 480 million paying subscribers to tie the all-time peak of 1999. In the same time, smartphone penetration is exploding. From under 10% of the population owning such a device in 2011, to over 30% by 2015 and more than 2 billion distinct users, the potential is huge. This still means 24% of smartphone owners would need to subscribe a streaming platform to tie 1999 results. A pretty optimistic scenario.

Additionally, the 600 million buyers of music in 1999 spent an average of $64. In the digital era, that amount decreased as average iTunes user was spending $48 a year. Independently of the period, spendings were always close to these two figures. Hence, how would we expect people to spend up to $120 a year on streaming? This system is twice as expensive as buying music used to be. That’s hard to digest, especially since downloads largely devaluated the perception of music worth.