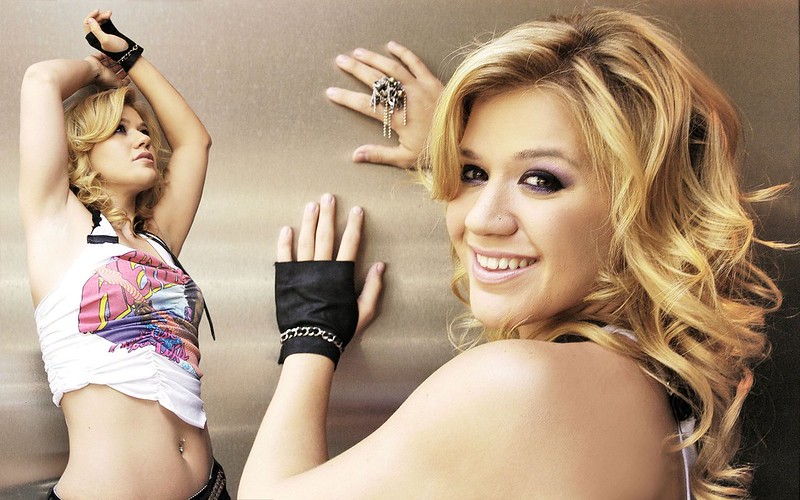 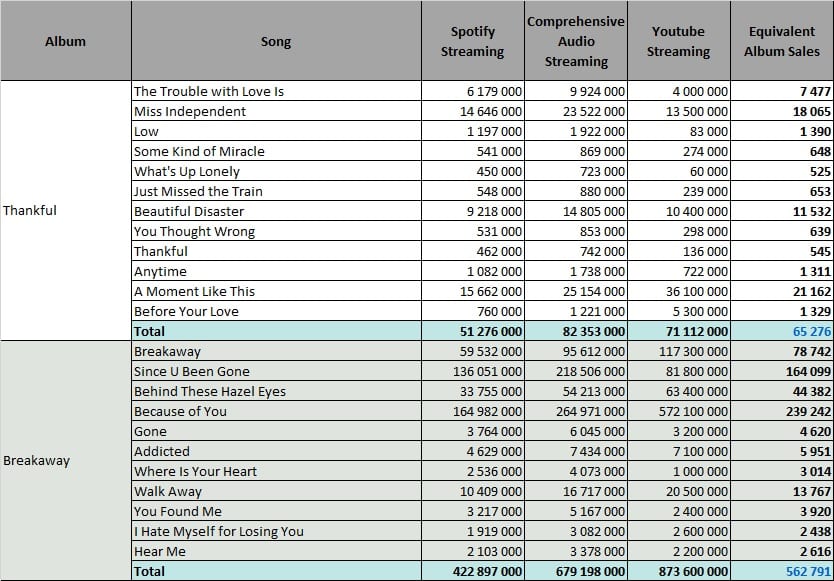 Unsurprisingly, hits from Breakaway remain much more popular than those of Thankful. The teen pop early hits are mostly ignored nowadays. A Moment Like This and Miss Independent register 15 million streams on Spotify each, a very modest number for 2003 hits. The album totals 65,000 EAS from streams.

The sophomore era is a completely different story. Because of You and Since U Been Gone combine for a stunning 300 million streams on Spotify. The former is also a monster at YouTube with more than 572 million views. Breakaway and Behind These Hazel Eyes lost ground lately but they remain solid at 60 million and 34 million, respectively. Furthermore, albums cuts also perform well with streams ranging from 2 to 5 million. The album closes its streaming count at 563,000 EAS.