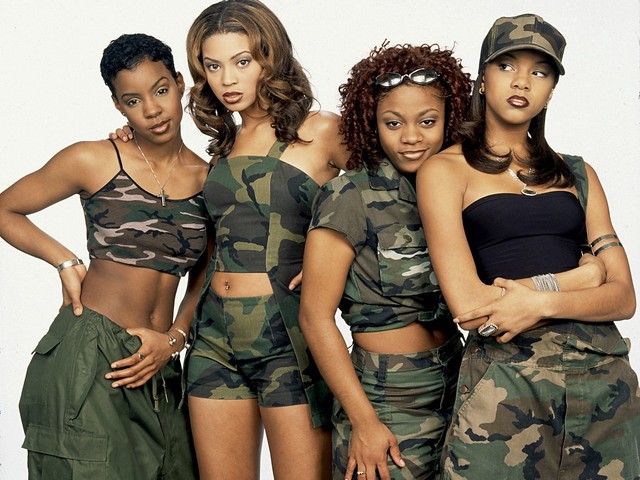 Their recording career lasted from 1998 to 2004, but this was enough to put the Destiny’s Child among the Big 4 female bands along with the Supremes, TLC and the Spice Girls.  To do so, the group from Houston smashed from day 1.

It all started with No, No, No, a million selling single in the US which peaked at #3 inside the Hot 100 chart. One year later, Bills, Bills, Bills provided them their first US #1 hit. Say My Name reproduced this feat soon after and in 2000 Independent Women Part I led the main chart for an impressive 11 weeks while also topping the UK list. During a span of 5 years, they never missed the Top 10 in their native country.

Their albums followed the way. The success wasn’t limited to the US as they got strong hits in the UK, Australia, Germany or even in Japan. While now they are mostly referred to as the former group of Beyoncé, their discography is worthy enough on its own to study it in detail.

As usual, I’ll be using the Commensurate Sales to Popularity Concept in order to relevantly gauge their results. This concept will not only bring you sales information for all Destiny’s Child‘s albums, physical and download singles, as well as audio and video streaming, but it will also determine their true popularity. If you are not yet familiar with the CSPC method, the next page explains it with a short video. I fully recommend watching the video before getting into the sales figures. Of course, if you are a regular visitor feel free to skip the video and get into the figures.

I cant wait for TLCs article. Im curious how well Crazy Sexy Cool has done over the years.

My favorite song from them is Jumpin’ Jumpin’, then second fave is their cover of Emotion. And third is do you hear what i hear.

They may be the best-selling American girl groups of all time. Some kpop probably holds the record as best selling group overall.

Can you name kpop female group? ive also heard that among the boy groups, Big Bang has sold more records than the Backstreet Boys.

Just curious, where is the #1’s compilation? That was a noticeable seller. Is that included in Destiny Fulfilled era sales?

Also, do you have Michelle Williams and Kelly Rowland sales info? It would be greatly appreciated. 🙂

Compilation sales are spread into studio albums for final equivalent album sales as per the distribution of its tracks. They are listed on page 15.

I thought DC’s CSPC had already been done. I would love a TLC CSPC since there used to be disagreements about which R&B girl group was the best-selling and both “CrazySexyCool” and “Fanmail” were very successful. I think Destiny’s Child was much popular in Europe so I wouldn’t be surprised if they had topped TLC.

And, obviously, a Diana Ross/Supremes CSPC would be great even though they were mainly singles acts.

Yes, it is an update! The TLC should come sooner than expected!

So quick question. Beyoncé career total with the group is about 270M pure records sold? I don’t understand the overhyped conversation. She is clearly the most important female signer of the past 20 years,sure she never had her 20M selling album throughout her solo or group career. But she surely did win in the end imo.

So the changes bringed up more 800.000 equivalent sales. I noticed some differences.

The physical sales are smaller now. And the digital the opposite. What did you add?

I hope Beyoncé being the next!!!

Hi KantClark! The physical sales update is the same one that has been applied for over a year now, a result of the Professionalizing Physical Singles Estimates update. I got many DUS figures for the UK recently which enables me to adjust download numbers, plus the continuous new certs from the BPI and the FIMI. Also, ringtones figures were adjusted as per the market size. A pair of years ago, I though digital certifications of the RIAA were changed from 100/200k to 500/1000k in September 2006, while it happened in August, that impacted their numbers since they got a bunch… Read more »

The figures between Spice Girls and Destiny’s Child are pretty close that one of them should widen the gap. But I like them both. But I actually thought The Pussycat Dolls were going to be bigger. However, they broke up after just 2 studio albums. I was more entertained more of their songs because it was unique and had pretty interesting arrangements. In short, they had better songs and better arrangement of the songs. Anyway, going back to Destiny’s Child, I was really, really, really disappointed with their Xmas album. It was a mess. Except for one song, I dont… Read more »

Destiny’s Child’s first album wasn’t a huge hit in Asia but I was a fan already because i like their songs and Beyonce was just so so so so hot. If I were Beyonce, she should insist (if Beyonce insists, her recording company can’t say “no”) to make one more studio album for Destiny’s Child so that there’s no more question that they are bigger than the Spice Girls. Releasing one more album could mean and most possibly have Destiny’s Child outsell Spice Girls in pure album sales and definitely will outsell in eas, therefore rank higher on this site’… Read more »

Love my DC3&4 girls. Very impressive #’s for an all black R&B girl group. I hope they do another world tour again.