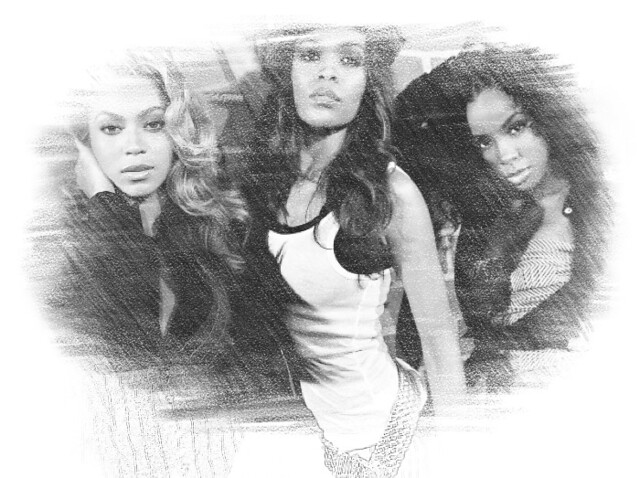 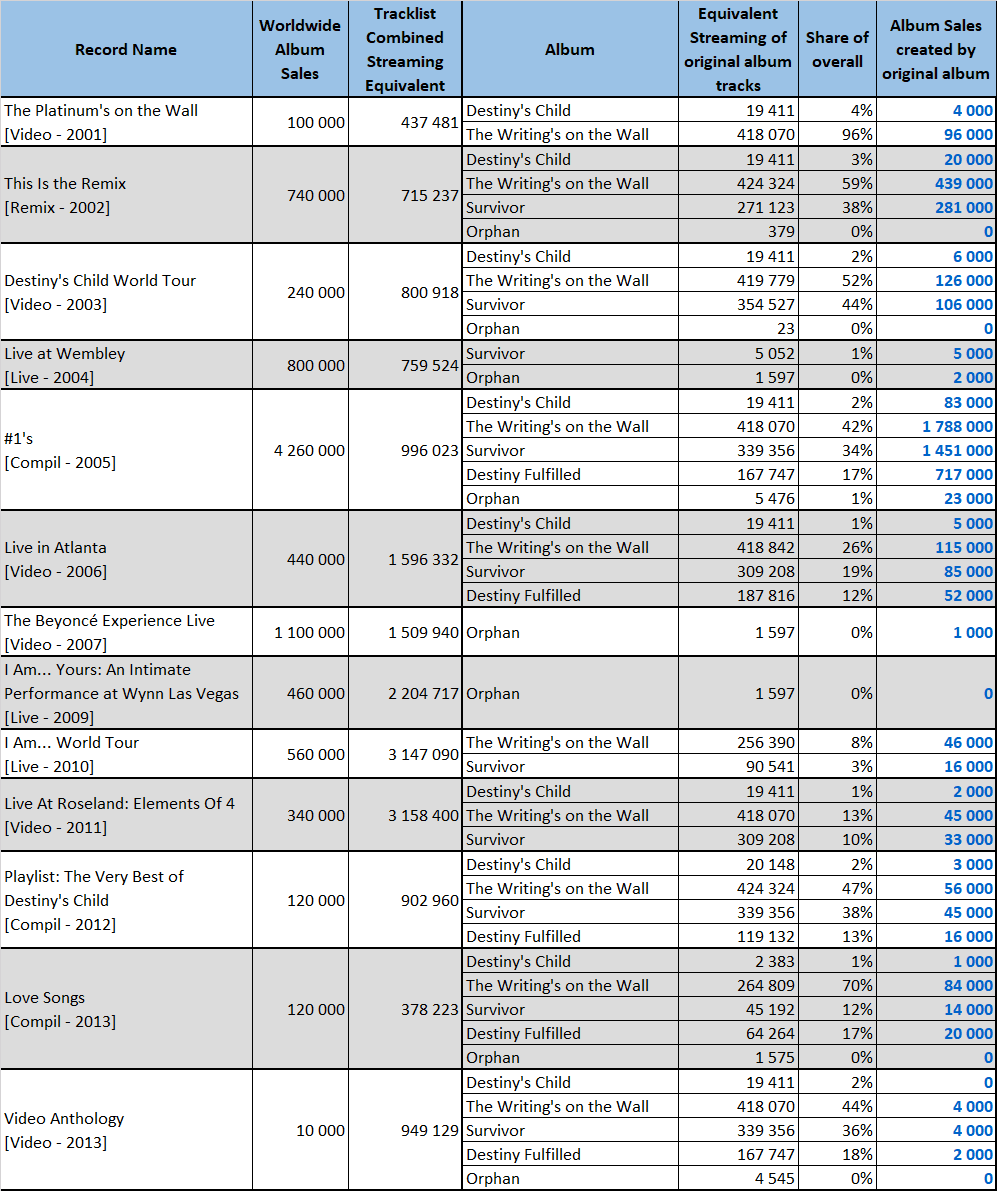 How to understand this table? If you check the example of #1’s those figures mean it sold 4,260,000 units worldwide. The second statistics column means all versions of all the songs included on this package add for 996,023 equivalent album sales from streams of all types.

The second part at the right of the table shows how many streams are coming from each original album plus the share it represents on the overall package streams. Thus, streaming figures tell us Survivor songs are responsible for 34% of the #1’s tracklist attractiveness, which means it generated 1,451,000 of its 4,260,000 album sales.

Most of these packages follow the same pattern with the pair The Writing’s on the Wall and Survivor contributing to the large majority of their sales, the former always dominating slightly the latter.

The record with a very different pattern is Live In Atlanta which has the specificity of containing various hits from Beyoncé debut album plus songs in solo from Kelly Rowland and Michelle Williams too – which is why we do not reach 100% of the track list as those solo singles do not belong to Beyoncé in any way.