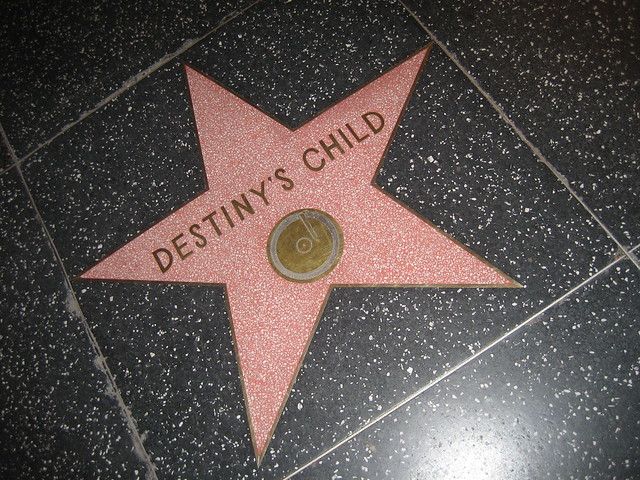 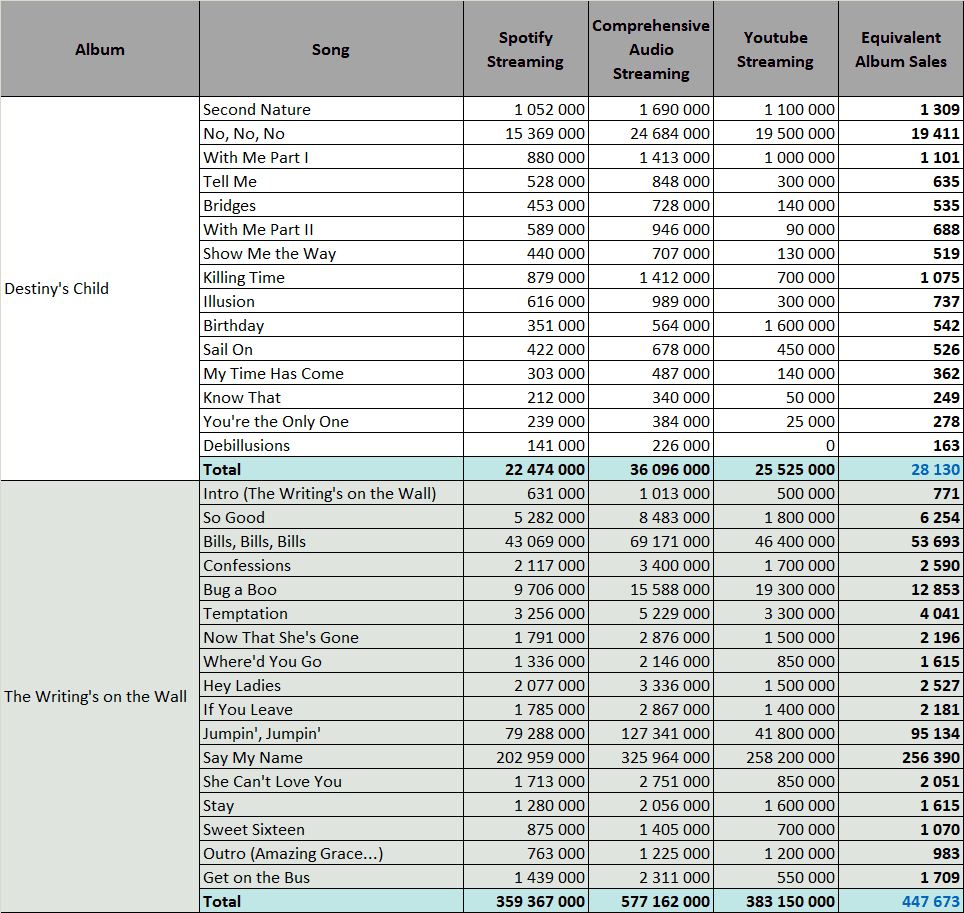 I mentioned already many times in the past how much streaming reveal the real popularity of songs. The low catalog sales of Destiny’s Child debut album even during the huge eras that followed it has always been quite bizarre. With these awful streaming results, we understand that its tracks were simply not popular at all and still aren’t. Even No, No, No, their largest seller ever in physical single format, has only 15 million streams on Spotify as of now. The album has 28,000 EAS from streams.

The situation of The Writing’s on the Wall is clearly different. Say My Name is still hugely popular, recently topping the 200 million plateau on Spotify, a mark already achieved on YouTube. At 122 million combined, Jumpin’, Jumpin’ and Bills, Bills, Bills remain 90s R&B favorites. Overall, the album sums 448,000 EAS  from streaming which is a huge number for such a old record.