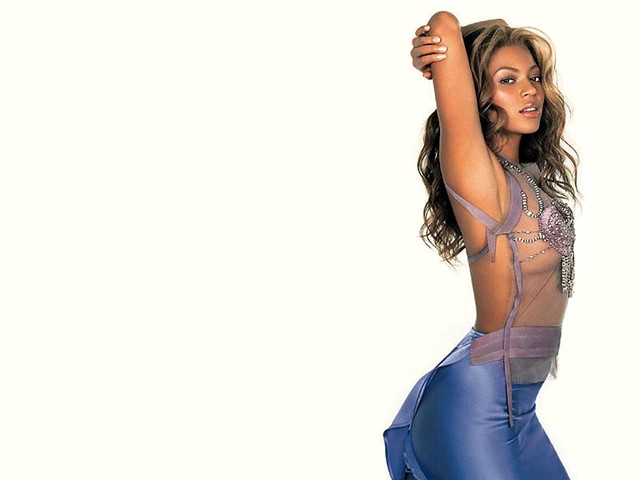 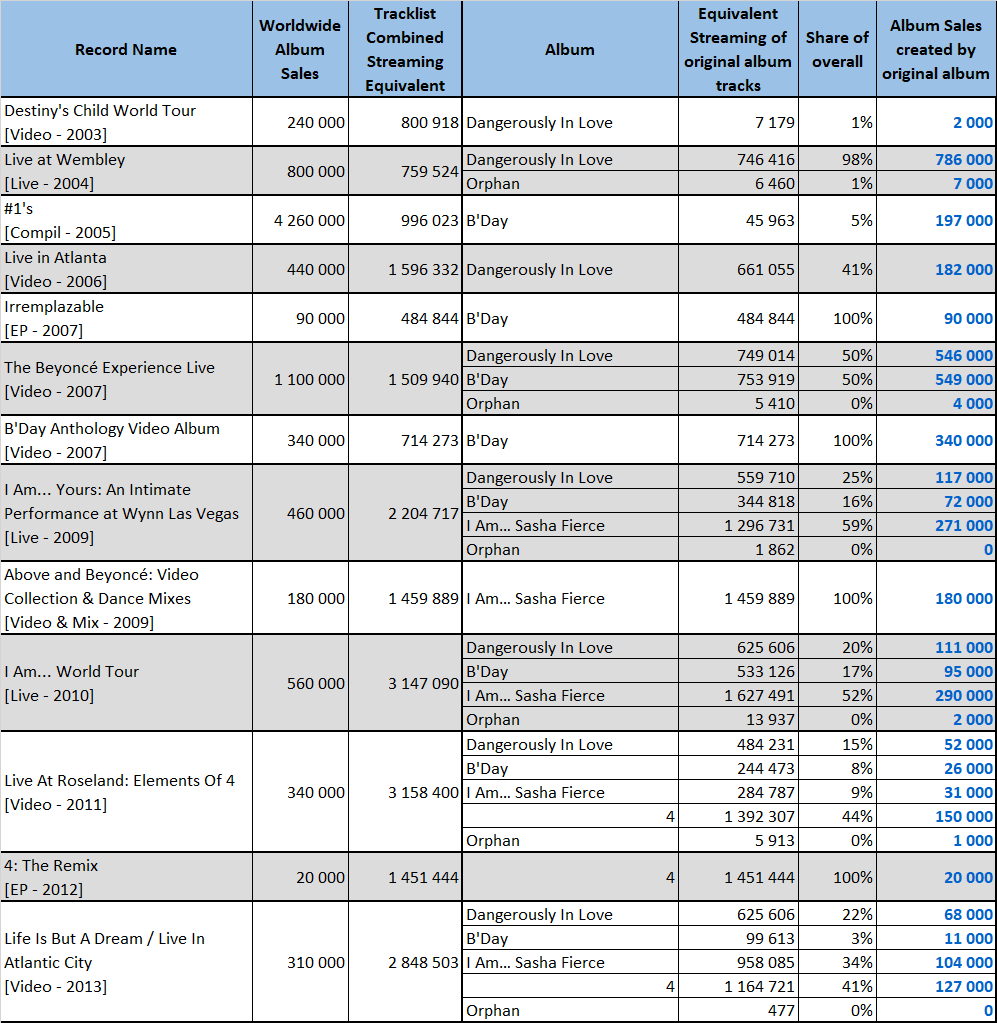 How to understand this table? If you check the example of I Am… World Tour those figures mean it sold 560,000 units worldwide. The second statistics column means all versions of all the songs included on this package add for 3,147,090 equivalent album sales from streams of all types.

The second part at the right of the table shows how many streams are coming from each original album plus the share it represents on the overall package streams. Thus, streaming figures tell us I Am… Sasha Fierce songs are responsible for 52% of the I Am… World Tour tracklist attractiveness, which means it generated 290,000 of its 560,000 album sales.

As albums are listed in chronological order, we can notice generators of hits from each package are first mostly Dangerously In Love / B’Day and then the likes of I Am… Sasha Fierce and 4 for latter releases. A few of these albums include some Destiny’s Child songs too, most notably Live At Roseland.