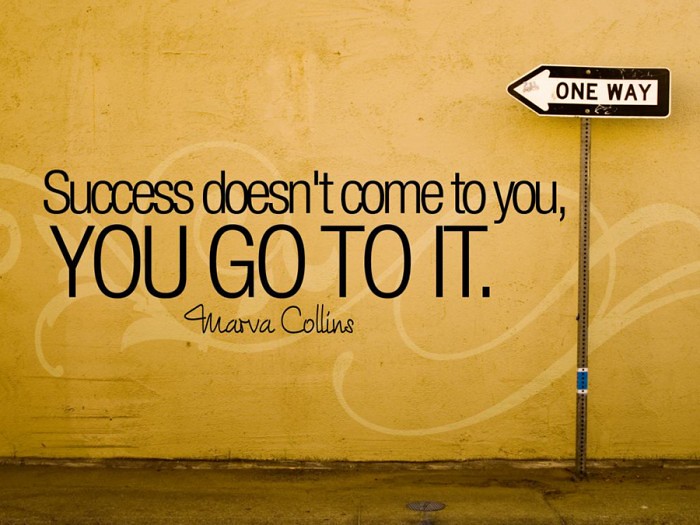 Many times, concrete examples are better than all possible explanations. Below are listed a pair of CSPC results:

Now, think about that: if you randomly ask someone on the street who sold the most records, Metallica or Bob Marley, what will be the answer? A male American in his 40s will say that both are iconic acts, but maybe Metallica sold more. The huge majority of people though, from Africa to Latin America, from males to females and from teenagers to the older generation, will instantly answer Bob Marley. Many of them will ask you who is that, Metallica? while recognizing at least 5 songs from the reggae legend.

Facts also confirm this intuition. Indeed, he has more streams on Spotify in spite of the current tour of the band, his top seller was purchased by more people than Metallica‘s top seller and he is liked by two times more people on Facebook. He also recorded and issued more songs and albums and obviously he started selling discs many years before them. How can it be then that Metallica sold the most? To answer this question, we must wonder first who is buying their records, we need to profile the consumers of the music industry.

A wrong guess to explain why Metallica outsold Bob Marley in spite of a lower popularity would be the size of the market. Of course, the market was better during the 90s than during the 70s, but both acts sold relatively few albums during their promotional campaigns combined. The huge majority of their sales were catalog sales which occurred during the same years.

Sales figures are spread over Medias since many decades. We read them so much that we tend to forget that behind every sale there is a buyer. The key question is this one: why a person purchases a record? Instinctively, we are tempted to answer that the person wants the songs on it. A fan may purchase a compilation while owning already all its songs, just like most people will buy an album while knowing only one single. Others will pick an album because it is rated as a must-have or because they collect all recipients of the Album of the Year Grammy award.

It gets truly interesting when we notice that depending on the buyer’s profile, he will purchase a different number of records from a specific artist. We will group buyers precisely based on that: the number of records he may purchase.

Supposedly, the fan should own the complete collection of original recordings from his favorite artist. Some may even go after compilations barely because they want the packaging or to complete their collection.

Part of the target audience of an artist, the regular buyer doesn’t consider himself a fan yet. He doesn’t feel the need to complete a collection, but he won’t hesitate in purchasing an album when he likes one or two singles. He will be satisfied with a greatest hits collection although as a regular buyer of the target audience he will want must-have records from the artist still.

This one is outside the public of an artist, he comes from the general public. He will randomly like some of his songs and can be interested in the album containing the singer’s signature hit. A best of is much welcome for him.

How do these profiles impact up to date sales of artists like Metallica and Bob Marley? Below, we will wonder which albums each group of consumers will buy for both artists, the results will be enlightening.

The fan will need all his major label studio albums, that is 9 records from Catch A Fire to Confrontation. Live! and Babylon by Bus are also inevitable since they contain some of the most famous versions of his hits. Then for convenience purpose and for the iconic cover, a fan will necessarily pick at some point the best of from 1984 Legend. To complete his collection, he will buy a package which includes his early recordings that emerged between 1961 and 1972. The first choice for that will be the box set Songs of Freedom from 1992. Doing the math, the standard Marley fan will own 13 albums from him. Real facts valid these assumptions since all those releases sold similar numbers. Indeed, all studio / live albums mentioned range from 3 to 8 million sales to date which highlights the same group of persons buying them.

The average regular buyer wasn’t here when Marley was issuing albums. In fact, most people discovered him already after his passing so they haven’t been given a chance to buy his new albums because they liked a single airing on the radio. Undoubtedly, this public will start by purchasing Legend. As per CSPC data, we know that this package contains as much as 67,5% of the strength of Marley‘s complete catalog. If we focus on his 10 most famous songs, they are all part of this collection. The regular buyer will be more than happy with that.

Is there a must-have album on his discography? The true reggae fan will say that all his albums are must-haves, but the closest we can get to that is 1977 effort Exodus. It ranks at #169 on Rolling Stone Magazine’s top 500 albums ever, it is also ranked #255 among the top records ever as per besteveralbums.com. Thus, it is highly recommended but not an absolute must-have, so the regular buyer will check its content. He will notice that 5 out of its 10 tracks belong to Legend already so he won’t be interested after all. Once again, facts confirm these behaviors since Legend outsold Exodus by more than 4 to 1 while Exodus sold barely more than the likes Kaya or Uprising, so regular buyers stood with the best of only.

The casual buyer won’t hesitate a second – he will buy Legend. If there had been no compilation available, it would have gone with Exodus which is itself strong enough to interest him since it contains songs as big as Three Little Birds, Jamming, Waiting In Vain and One Love. It is confirmed by the fact that it sold very well from 1981 to 1984, between his passing and the release of Legend.

The fan of Metallica will own all their 10 studio albums from Kill ‘Em All to Hardwired… to Self-Destruct. The live record S&M also offers new versions of their recordings, just like the cover album Garage Inc. That makes it 12 albums to purchase.

Unlike with Marley, the regular buyer of Metallica can’t have it all with one compilation only since they never released one. A second difference is that he discovered the band during the promotion of the black album from 1991, so he has got the chance to buy a new album 7 times so far. There is 3 of them with one of the top 10 hits from the group, Metallica (includes 5 of their top 10), Reload (Fuel) and Garage Inc. (Whiskey In The Jar), plus Load which was the immediate follow up to their blockbuster album, the regular buyer would have bought all of those.

Then, their first four albums are all charted among the best 5 albums of their respective year on besteveralbums.com, all of them were also part of the Top 40 best Metal albums ever published by the Rolling Stone Magazine and all include one big hit of the band. They are therefore must-have albums for people from their target audience. If the band had a 14-tracks compilation like Legends, their first 4 albums would have from 1 to 3 tracks each on it, but since they don’t, their regular buyers need to go by their original studio albums to get these essential songs. Obviously, if they haven’t already bought it during its first couple of years, the public also went for Metallica at some point since it is their number one must-have record.

To sum up, the regular buyer of hard rock music will buy at least 8 albums from the band through the years. One may wonder, why not going for S&M then? Firstly, because while it does include most of the band’s biggest hits, they are live versions only, which do not have the prestige of the originals. Secondly, because it arrived in 1999 while most of them already owned the main 4-5 albums which downgrades a lot the interest to this package. Thirdly, because it is a double-album and thus more expensive. Fourthly, because it isn’t as widely available on retailers as their main studio outputs.

What about casual buyers? For them too, S&M could be a decent second choice. After all, it is the only package that contains all songs they are looking for. They will be satisfied with Metallica though. In fact, it contains 5 of their 10 most widely popular songs, including the top 2 so it is a kind of greatest hits by itself for someone that isn’t that much into hard rock music.

The impact of Lost Value

With the exact same popularity, Metallica sells nearly twice as much as Marley. You must wonder what it takes for the latter to sell almost the same as the former. Just for fun, on below table I have set the number of casual buyers to the number of persons who liked them on Facebook, then I adjusted the fanbase and regular buyers population to get their real CSPC units.

With more lovers from all type of consumers, Marley still sells less. With no Legend, fans would have bought 1 album less, but regular buyers would have bought all 7 studio albums with at least one widely popular song, one live album and one compilation of early recordings. Results would have looked as below:

Astonishing, isn’t it? The lost value created by Legend is incredible – some 84 million sales as per these figures. Of course, to reach these results we did various assumptions. Is it possible to prove the logic though?

For the matter of the example, we used a highly simplified model. We ignored all singles-related formats and we also used grossly rounded numbers. What we did point out is that the structure of a catalog changes the amount of records required to meet the needs of a buyer. When you put most of the value of a catalog into a single disc, you automatically reduce his long-term sales while a discography which is well-balanced will sustain purchases much better.

We conclude that some records are worthier than others. We already knew that an album is worthier than a single, but our conclusion goes further: an album may be worthier than another album. What if we weight all units sold not by their format, but instead by their worth? Don’t get me wrong, it isn’t about judging the quality of the music but instead about the worth of the record in relation to the catalog of the artist…