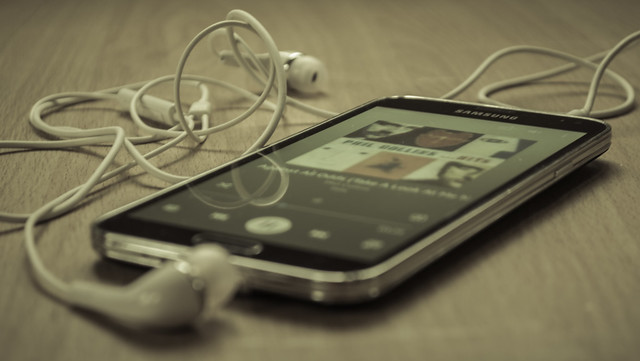 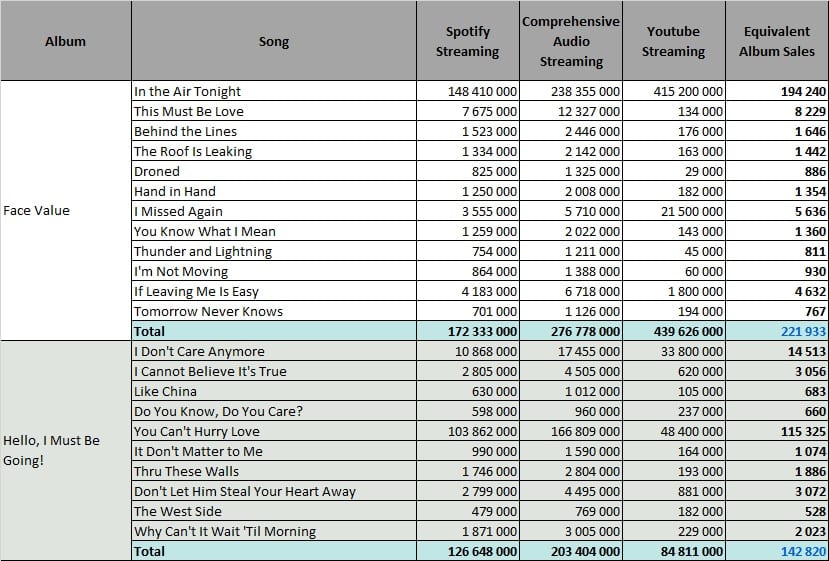 The terrific appeal of In The Air Tonight is confirmed one more time with its streams. On Spotify the track is close to 150 million while it is well over 400 million on YouTube. It is responsible for 194,000 equivalent album sales (EAS) among Face Value‘s total of 222,000.

You Can’t Hurry Love is much more of a surprise. The cover of the classic song by the Supremes stands on an impressive 104 million Spotify plays. It is more than the original Motown song which is up to 94 million. The song is also far and away the biggest one from its parent album. Hello, I Must Be Going! has 143,000 EAS.