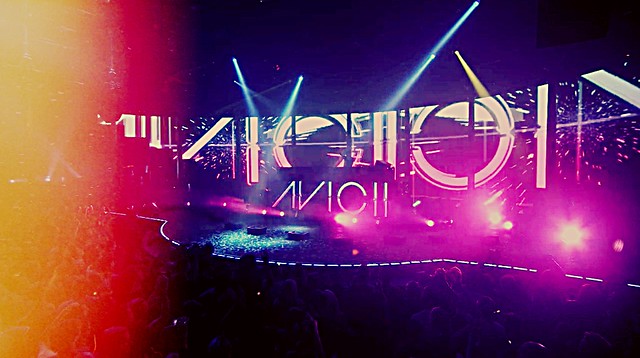 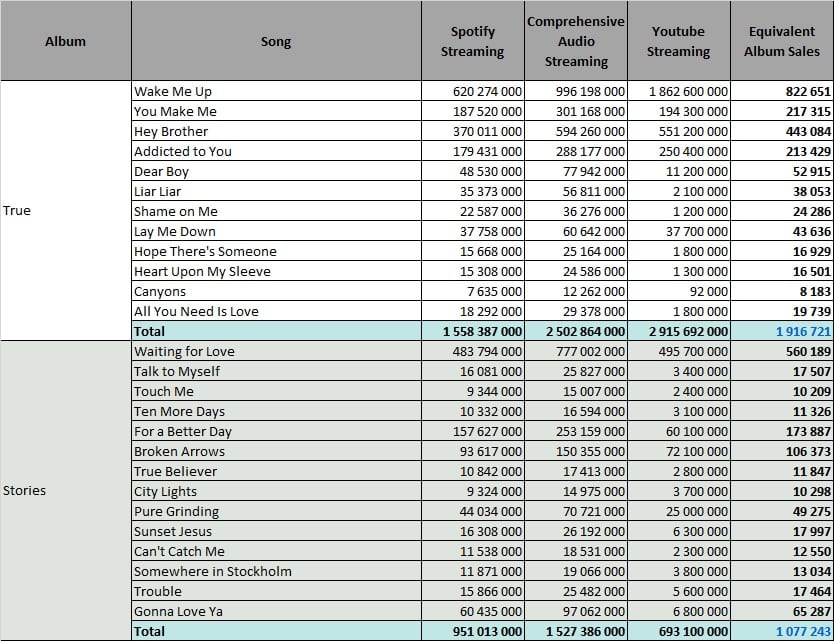 Streaming is the avenue which best illustrates the popularity of Avicii. Songs from True are impressive. Wake Me Up leads the way with 620 million streams on Spotify, a massive number for a song from 2013. Blurred Lines by Robin Thicke and Thrift Shop by Mackelmore & Ryan Lewis, the two songs which outsold Wake Me Up in 2013 as per the IFPI, have much less streams up to date. It also performs incredibly well on YouTube with over 1,8 billion views to date. Hey Brother is a huge runner up while You Make Me and Addicted to You complete a stunning top 4. These performances are good enough to build 1,9 million EAS from streams!

Stories may have sold nearly 10 times less pure sales than True, its streams are healthy too. Waiting For Love is close to half a billion on both Spotify and YouTube. The remaining tracks aren’t as strong but For A Better Day and Broken Arrows still own solid numbers. The album breaks 1 million EAS.