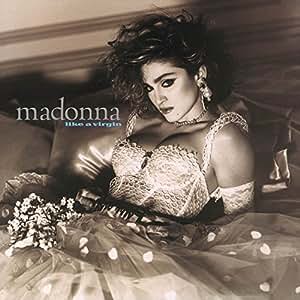 The promising debut of Madonna was quickly confirmed with the release of Like A Virgin. A chart topper on both the US and the UK, some 7 months Top 10 in both countries too, the album was unstoppable. It was a beast Worldwide too, selling 1 million units in Canada and coming close in Germany and in France. It all happened thanks to the 4-million selling title track. From that point, she was on a roll. Material Girl, Dress You Up and Angel were all hits for the album selling at least 1 million units each. This led the LP to over 21 million sales to date, the second oldest female album to break 20 million after Carole King‘s Tapestry.

Material Girl and Like A Virgin combine for over 120 million streams on Spotify, proving their strength, a strength translated into album sales of The Immaculate Collection. Totals of the album are stunning: 21 million pure album sales, over 11 million physical singles, over 14 million sales of compilations created and over 3 million digital units, in other words this represents nearly 40 million equivalent album sales overall!

Can we really talk about challengers with a #1 on 40 million? Well, we can. The solid 2-ish million sellers issued by Barbra Streisand, Linda Ronstadt and Diana Ross can hardly be regarded as challengers, but a dark horse emerged out of nowhere.

Debuting in 1961 with her husband Ike, Tina Turner issued 4 very poor selling solo albums during the 70s. Nobody was expecting a thing from her by 1984. What a mistake! Already 45 and without a hit since very long, Turner released her fifth album Private Dancer to much success. The lead single Let’s Stay Together peaked at #6 in the UK and #26 in the US which was already extraordinary for her standards. In those years of sexual liberation for women with tunes like Girls Just Want to Have Fun and Like A Virgin smashing, it was What’s Love Got To Do With It which would shot Turner into another dimension.

Its success boosted the album which, supported with subsequent singles, kept selling at fast pace for 18 months. In the US, it sold over 6 million units. It was also a terrific hit in Europe with more than 5 million sales out of a Worldwide total of 14 million. Its singles sold 4 million units physically. They also account for more than 50% of the sales of compilations like Simply the Best, What’s Love Got to Do With It and All the Best which combine for more than 18 million album sales. The cumulative total of Private Dancer is consequently on more than 25 million equivalent album sales. Impressive!

Sade‘s Diamond Life had a similar success but they are charted as a group rather than a solo female artist.