Undoubtedly the biggest upset of this ranking, Let’s Talk About Love surges ahead of Shania Twain‘s Come On Over. These two Canadian albums from November 1997 generated more than 45 million equivalent album sales each since their release – albums worth well over $1 billion dollars combined!

Come On Over sold 33,5 million units as an album while Let’s Talk About Love did 29,8 million. The latter was the parent of 11 million physical singles sales while hits from the former came close to 10 million. In TEA (Track Equivalent Album) & SEA (Streaming Equivalent Album), they are both a bit over 1 million.

The difference comes from the release date of their respective greatest hits. Come On Over sold more in its original form thanks to Twain‘s Greatest Hits coming out in late 2004 only. The appeal of the original Let’s Talk About Love was severally downgraded a mere two years after its release with the 1999 compilation All The Way. This latter disc is also far and away the highest seller of both with 3 times more units shifted. Applying some calculations, we conclude on 12,1 million sales of compilations / live albums created by Let’s Talk About Love against 7,6 million only for Come On Over.

I realize just now that while explaining how we reach this result, I completely overlooked the history of the singles from these albums. Well, is that really needed considering how immensely popular they are? 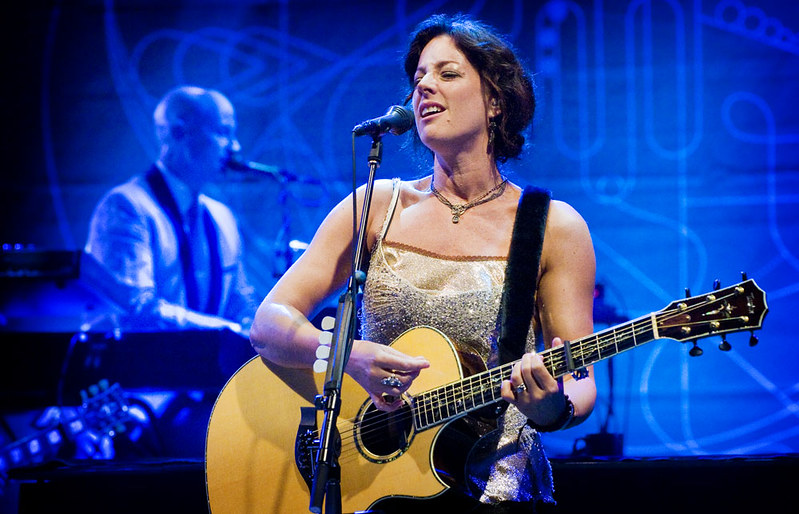 Apart from the two Canadian blockbusters, a third Canadian (!) completes the Top 3. Sarah McLachlan, sold more than 9 million pure albums in the North America alone with Surfacing, an album which also powered almost entirely the 4-million selling live Mirrorball. The album also registered two singles with sales over half a million units in the US. Carey‘s Butterfly comes close behind as it is responsible for 13,3 million equivalent album sales. Janet Jackson‘s The Velvet Rope is just over 10 million.

Barbra Streisand returned in great form with the 5-million selling Higher Ground while Mary J. Blige had a similar success with Share My World. Over 5 million equivalent album sales too are Erykah Badu‘s Baduizsm and LeAnn Rimes‘ You Light Up My Life: Inspirational Songs.