I would be lying if I tell you that Etta James took the charts by storm in 1960. She failed to chart in the UK while in the US her four singles from the year all peaked at modest positions ranging from #33 to #78. On the album front At Last! peaked at #68 in the US in September 1961 on a 12-weeks run.

Up to this date her highest charting albums are best of sets in the week following her passing in 2012, at #32 and #22 in the US and in the UK respectively. So why did I give her the edge for the year 1960?

Although it went mostly unnoticed due to the lack of indicators, recent years revealed the monster that is At Last!. The automatic certification process in the UK from 2013 showed Silver and Gold sales of two of her recent best of packages. There are 3 more which charted on the back of her death showing sales spread over various titles. From 2000 to date she sold at the very least 20,000 units per year there. In the US her album sales were 30,000 units the week of her death, but the interesting statistic is that she was selling 6,000 albums the previous week. A random one. That means over 300,000 album sales per year in spite of the damaged market of 2012. Previously, her Millenium Collection moved half a million units in 5 years without ever charting which means she was already going strong before then.

We are supposedly speaking about dozens of millions of albums sold. I refer to her discography, but let’s check the spot of At Last! on it. The legendary blues singer has 8 songs with 5 million streams and more on Spotify, which in itself is already amazing for a 60s artist. Out of these 8 songs 6 are from At Last!. The album also includes the cult title track which stands at a stunning 88 million streams. Its songs represent about 65% of her catalog’s worth. In the UK these streams along with solid downloads also fueled At Last over the Gold criteria at 400,000 units and I Just Want to Make Love to You over the Silver criteria at 200,000. They sold about 5 times more in downloads alone in the US. This is a global phenomenon as At Last went Gold for 15,000 sales in Italy over 5 years and re-entered the French singles chart 3 times in the last 3 years. Overall, equivalent album sales from audio streams alone of the album are over 155,000 units.

While it is impossible to set a precise figure, it appears clear that At Last! generated many millions of albums, most likely over 10 million and for sure more than any other album from 1960! 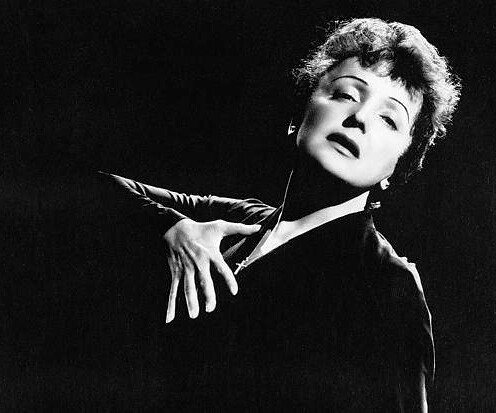 If we stop the clock on December 31, 1960, the winner for the year is easily Brenda Lee. Singles-wise, Sweet Nothin’s reached #4 in both the US and the UK while both I’m Sorry and I Want to be Wanted shot to #1 in the former country. This success was translated into the album chart as well where her eponymous debut, which included the first two singles, went to #5. Both singles lost strength in later years, both standing at 5 million streams on Spotify to date. This is a tiny contribution to her discography considering that her classic Christmas tune Rockin’ Around the Christmas Tree has 114 million streams. This song is the one responsible for the few catalog sales she has, which explains why Lee isn’t leading this ranking with her Brenda Lee album.

The other artist with a strong year was Edith Piaf. She released the most iconic French song of all-time in that year, Non, Je Ne Regrette Rien. As an evidence of its strength the song has 34 million streams on Spotify, although France mostly uses Deezer instead of Spotify! Just like Etta James she sold tons of best of packages globally during the last 58 years, although less than James and with sales achieved thanks to many successful songs like La Vie En Rose and Milord which spreads sales of her compilations over her full catalog.