Already more than a decade into her career, the legendary vocalist continues to impress. Her challengers get big and drop low, but Streisand remains solid. Who would have guessed by then that 44 years later she would still be a force? The Way We Were came out in two releases, one studio album and one Soundtrack. Combined, they are close to 4 million units sold. The title track is also her 5th biggest track on Spotify which is worth various millions considering how many best of albums and live releases she sold during her incredible career.

This is even more true since her two main selling compilations, 1978’s Greatest Hits Vol 2 and 1981’s Memories, do not include songs like Woman In Love and Tell Him, same for live albums One Voice and The Concert. The main strength of all these multi-million selling sets is indeed The Way We Were. In total, it powered more than 14 million equivalent album sales. 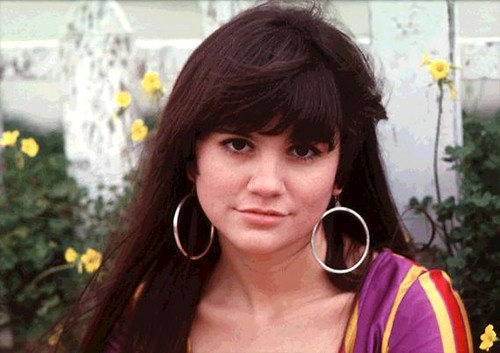 As I’m writting this article, I’m still not 100% sure that The Way We Were is the real #1. It most likely is, but its main challenger, Linda Ronstadt‘s Heart Like A Wheel, is a strong one. Dropping various singles and albums with modest success for several years, at last Ronstadt made it big in the US in 1974 thanks to the crossover #1 hit You’re No Good. It was the lead single of her fifth album, Heart Like a Wheel, which went to #1 too. None of her previous album made the Top 40.

The second single When Will I Be Loved confirmed her new status, climbing up to #2. The album sold 3 million units and its singles some 2 million, but the key product from her catalog is 1976’s Greatest Hits which moved over 10 million units Worldwide. This package was issued before smash albums Simple Dreams, Living in the USA, What’s New and Cry Like a Rainstorm, Howl Like the Wind, so Heart Like A Wheel hits were truly key in its success, accounting for about 65% of its attractiveness, which translates into more than 10 million sales created in total by the original album.

She wasn’t the only threat to Streisand as Dolly Parton issued the album Jolene that year. It was a non-event at the time with the record failing to chart in the US and in the UK. The track Jolene became popular over the years, it made the Top 10 in the UK in 1976. This song has a stunning 100 million streams on Spotify, one of the biggest female hits of the 70s. The second single was also a flop upon release but a cover gave it some rewards: I Will Always Love You. Discogs lists 417 releases by Parton, so it is impossible to establish a reliable CSPC figure for this album without deep analysis. What’s safe to say is that it secured millions of compilation sales making it one of the most valuable releases of its year in spite of the discret reception at first!