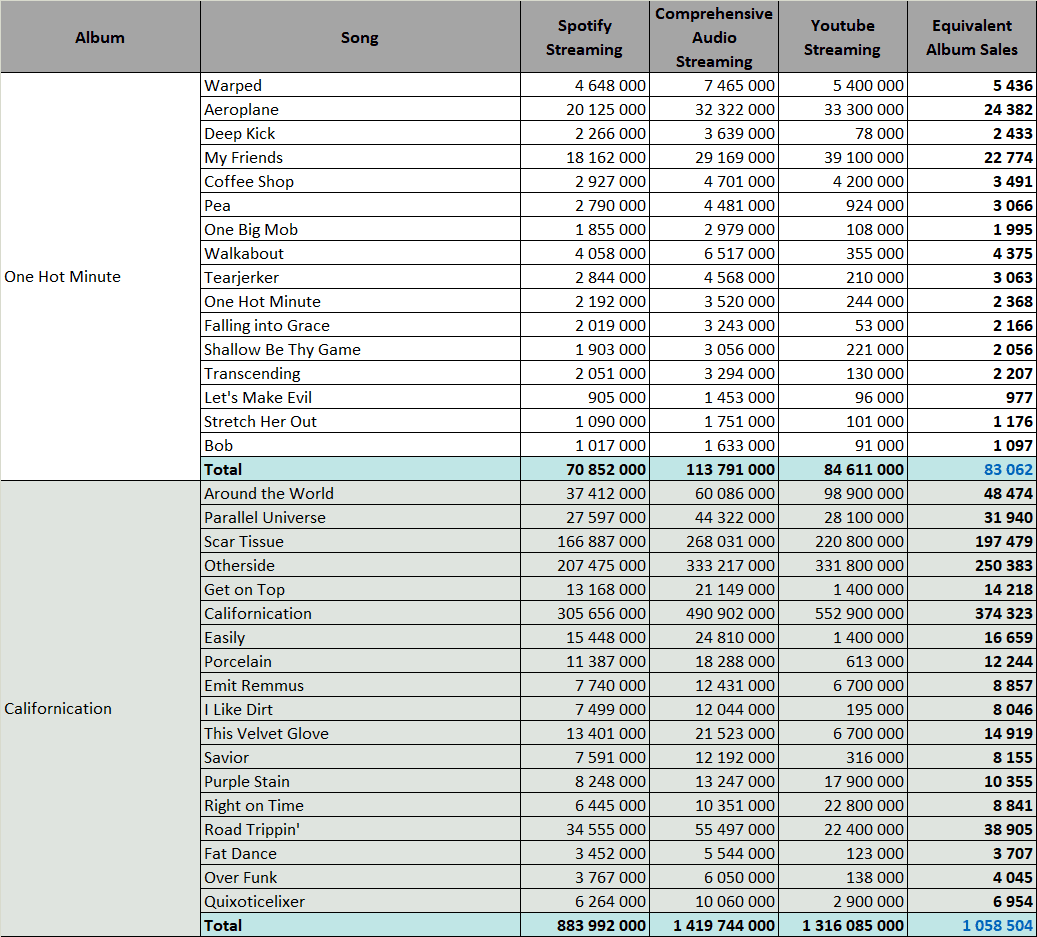 For many artists, having 2 songs around 20 million streams on Spotify from a 90s album would be excellent. It isn’t for the Red Hot Chili Peppers though as their numbers there are stunning. One Hot Minute is nowhere near their standards. All its tracks around 2 million, a pretty respectable showing still.

Then comes the juggernaut Californication. Previously, we mentioned Under The Bridge was the 11th pre-2000 track to break the 300 million plateau on Spotify. The 10th was no other than Californication, making the band the only act so far with 2 songs on this list of all-time golden hits. On top of that, the album owns much more than one big hit. With Otherside at 207 million and Scar Tissue at 167 million, it is one of the 3 catalog albums ever to contain a trio of songs at this level. The LP also includes 3 more songs around 30 million a piece and 12 album cuts which average more than 8 million plays. These mind-blowing numbers add for over 1 million EAS.