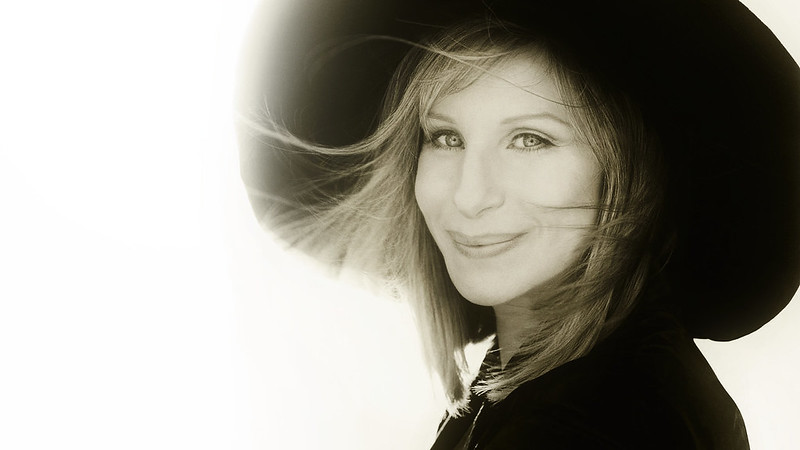 Academy Award, Emmy Award, Grammy Award, Golden Globe Award, Tony Award. At 28, Barbra Streisand had already won them all, the first female artist ever to do so. She is also the only winner ever to have won an Oscar in both a music and an acting category. Nearly half a century, she continues to be successful. Wow!

At the start of the 60s, Streisand had brief appearances in a pair of unsuccessful soundtracks / cast recordings. It is in 1963, when her proper debut LP was released, that she broke the main audience. The success never really left her. Through movies and albums, she was inevitable among the American entertainment industry for decades to come.

Her trajectory followed the one of the music industry. Her early albums were issued only in English-speaking countries. Each of the soundtracks Funny Girl (1968), The Way We Were (1974) and A Star Is Born (1976) opened new markets to her. In 1980, the Barry Gibb-powered Guilty transformed Streisand into a global superstar.

As she started her career 2 decades before Madonna, Whitney Houston, Celine Dion and Mariah Carey, she is rarely mentioned into female rankings. It doesn’t mean she has not sell enough to be featured on them!

As usual, I’ll be using the Commensurate Sales to Popularity Concept in order to relevantly gauge her results. This concept will not only bring you sales information for all Streisand‘s albums, physical and download singles, as well as audio and video streaming, but it will also determine their true popularity. If you are not yet familiar with the CSPC method, the next page explains it with a short video. I fully recommend watching the video before getting into the sales figures. Of course, if you are a regular visitor feel free to skip the video and get into the figures.

I know this will likely not be updated again. But according to a soundscan update from 2007 (provided by a user from UKmix) Higher Ground has sold additional 3 million copies in the US which are uncertified, and “Back to Broadway” another 1.7 million, also uncertified. ” A Love Like Ours”, another 1.1 million, other albuns also got plenty of uncertified sales in the US (I could have interpreted it all wrong though, feel free to correct me). “Guilty” also has certs in more countries than mentioned here (like in Brazil, before Pro Musica existed and reformulated the whole certs… Read more »

Considering her total physical single sales are of about 36 million and that according to the analysis 67% of her album sales comes from the US, I’d say we can calculate the percentage of about 67% of her total single sales, which the result is about 24.120.000. So she has probably sold from 20-25 million singles in the US.

This website uses cookies to improve your experience while you navigate through the website. Out of these cookies, the cookies that are categorized as necessary are stored on your browser as they are as essential for the working of basic functionalities of the website. We also use third-party cookies that help us analyze and understand how you use this website. These cookies will be stored in your browser only with your consent. You also have the option to opt-out of these cookies. But opting out of some of these cookies may have an effect on your browsing experience.
Necessary Always Enabled
Necessary cookies are absolutely essential for the website to function properly. This category only includes cookies that ensures basic functionalities and security features of the website. These cookies do not store any personal information.
SAVE & ACCEPT
wpDiscuz
100
0
Would love your thoughts, please comment.x
()
x
| Reply