Major Compilations – with Woman In Love 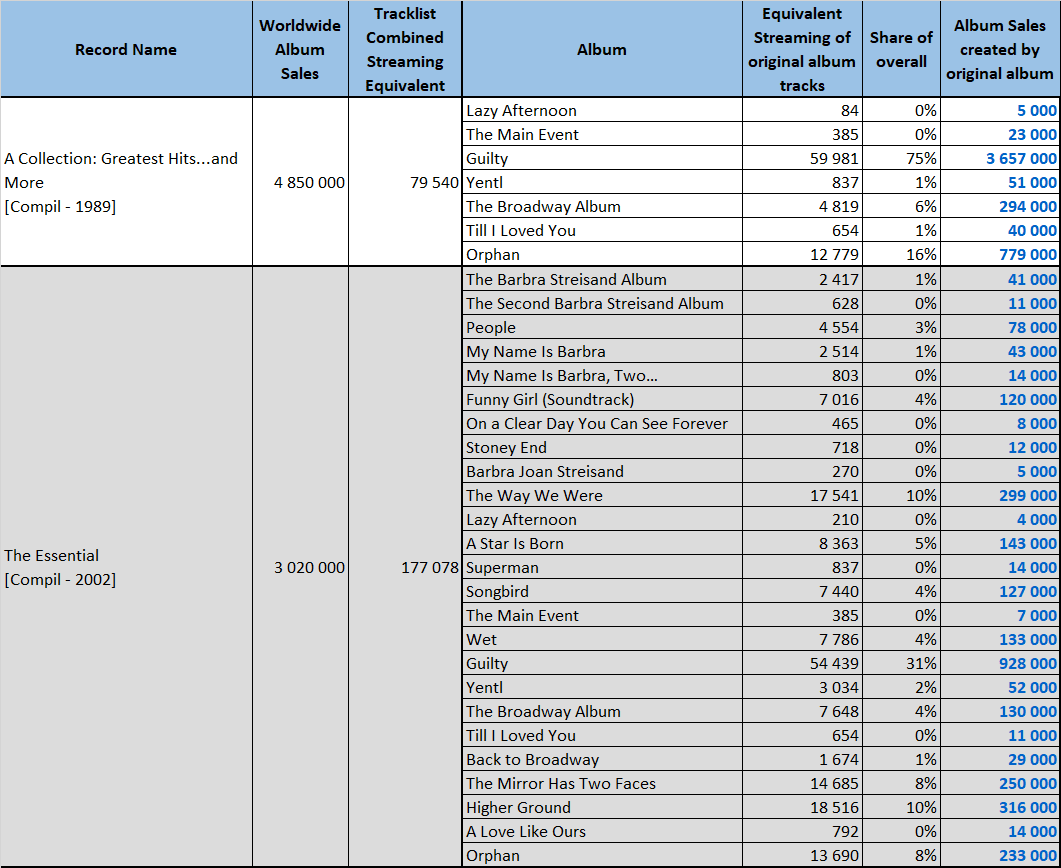 While major compilations without Woman In Love managed to sell 33 million units collectively, the ones with this song stand at less than 8 million. They are A Collection…, a best of from 1989 which can almost be regarded as a reissue of Guilty since it exploits mostly its songs. The second one is The Essential, the first true career-spanning compilation, the first one which puts together songs like The Way We Were, Evergreen and Woman In Love, although it excludes Guilty.

The following pages will include sales of all her full length records which haven’t been posted so far, although with no comments as these packages follow the same patterns as the ones presented here.