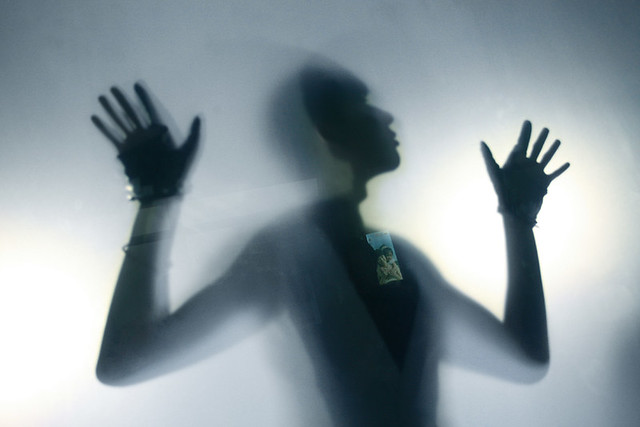 While reading comments on this article, one may think that shipments include tons of unsold units added to artists’ totals unfairly. This isn’t true. If you look at a fixed period like a calendar year, shipments of some albums may run well over their sales at retail. If retailers ordered them though, it is because they are popular releases, thus they are most likely going to be sold at some point. Retailers won’t continue to order new copies while they have enough stocks, which means retail sales will end up catching up to shipments. If an album under performs massively, extra copies are returned to the major and removed from counts of net shipments, so there is no error there either. Basically, over a period encapsulating the full promotional campaign of an album, retail sales and shipments will become even.

This is why various albums which sold more at retail than albums inside the official Top 50 sellers are missing. Dido‘s Life For Rent sold well over 2 million in 2004, but a great share of these units were shipped during 2003, thus already accounted for with its #4 placing for that year. In the same way Britney Spears‘ In The Zone and Sheryl Crow‘s Very Best Of sold enough to be inside the Top 50, but they didn’t ship enough as extra copies from late 2003 were still available at the start of 2004.

There are also albums which seem to be quite low like, Norah Jones‘ Come Away With Me and Alicia Keys‘ The Diary Of, again albums which had ongoing units left from the previous year.

Among missing albums there are also unreported records. Prince‘s Musicology, issued by his own NPG label, wasn’t reported to the IFPI. The same happened to Franz Ferdinand with their debut album. Then, Sony BMG decided to exclude its Sony Japan artists, explaining why Orange Range‘s MusiQ isn’t on the list.

For every other album their absence simply means they haven’t shipped enough copies to be charted. This includes JoJo‘s eponymous debut, often claimed to be a 6-million seller, which in reality failed to sell 2 million units in the year that saw it sell 70% of its copies to date.

Kelly Clarkson‘s Breakaway also fails to break the Top 50. It went on to ship 6,1 million units in 2005 to be #7 of the year, but it still caps its sales to 7 million something by the end of that year. Killers‘ Hot Fuss is missing also, just like Snoop Dogg‘s R&G.

Hi MJD I’ve been fascinated by all the work you’ve done with Popularity/Chart analyses, especially this one, I just have a few Questions, I am very interested in the number #17 album by Ashlee Simpson and was pretty shocked to read she didn’t break into the European market and I’ve always wondered why, if she did so great in America why not there as well? Also will you be doing a Popularity analysis on her and maybe Jessica in the future if possible (Hilary duff is also an interesting case considering her sales almost mirror Miley’s and Justin Bieber’s except… Read more »

Don’t worry, it won’t be too quiet for too long! AC/DC’s figures for albums and single sales are complete! Only a few edits and a few word typing from the team and it’ll be for all of your viewing pleasure in a matter of a few days!
We also have a new addition to the data collector Anthony’s doing that might interest some of you!

Hey Raffi, thanks for the update. (im)Patiently waiting 🙂

Im loving this. I hope you can publish yearly album sales rankings. Tq.

Hi MJD! Nice work on this article. I just have one question regarding the top seller of the year, Usher’s Confessions. You said that the album wasn’t heavily fueled by Xmas shipments, and that it shipped 8m in the US and 4m abroad. However, the album was reissued in late 04 and the single with Alicia Keys, My Boo was a big hit in late 04/early 05. The reissue helped Confessions jump from the bottom Top 20 to #2 in the US and was Top 10 for most of Nov/Dec 04, so I was wondering perhaps there would be additional… Read more »

Hi Raffi! Clearly, Confessions had copies remaining on shelves by the end of 2004. It is all about proportions. First, it sold monster amounts all over the year, since even, say, one million extra copies, fuel it by less than 10%, while Christmas cash-ins may have from 15% to 25% of their shipments unsold by the end of the year. Second, while we got used to be reissues, back in 2004 this wasn’t a popular trend. The album had sold insane numbers already so retailers haven’t gone wild about that reissue, even if it ended up selling very well. Third,… Read more »

Thank you for posting, MJD! This was a very interesting read. I’m quite shocked Utada’s “Single Collection” sold that much. According to Oricon, it sold 2,586,347 physical copies in 2004. Was she really that global?

Well not “global” but at least in various Asian markets she sold quite well. We tend to believe she was a Japanese seller only because she failed to break South Korea for which we know some data, but First Love for example sold half a million units in Taiwan and half a million more elsewhere in Asia!

I am surprised to see that Beyoncé’s Dangerously In Love did not make the list given that it still carried success into 2004.

Dangerously in Love by 2004 was already doing poorly on the charts all over the world. I wasn’t surprised in didn’t make it inside the top 50.

On the contrary, if the IFPI recorded sales sold to consumers rather than shipments during the year, DIL would be comfortably in the Top 50, as the album sold 1,4m in the US (based on Soundscan) and had a decent chart run in both the UK and Australia to allow it to reach 2m copies sold to consumers for the year. After all, singles Naughty Girl and Me, Myself and I were Top 5 smashes in the States and did decently abroad. However, as MJD pointed out, this list is based on the IFPI’s ranking, which counts shipments (copies sold… Read more »

What about In The Zone? Her worldwide smash Toxic would have continued to fuel heavy sales, in addition to her Onyx Hotel Tour promoting the album. Follow-up single Everytime would perform well enough and while her eventual GHits album did make this list, I just don’t see why ITZ wouldn’t have made it. Didn’t it have stronger sales than DiL?

And about Beyoncé’s Dangerously In Love? I expected it appears in 2004’s YTD due the release in the mid of 2003. How much it scan in these two calendar years?