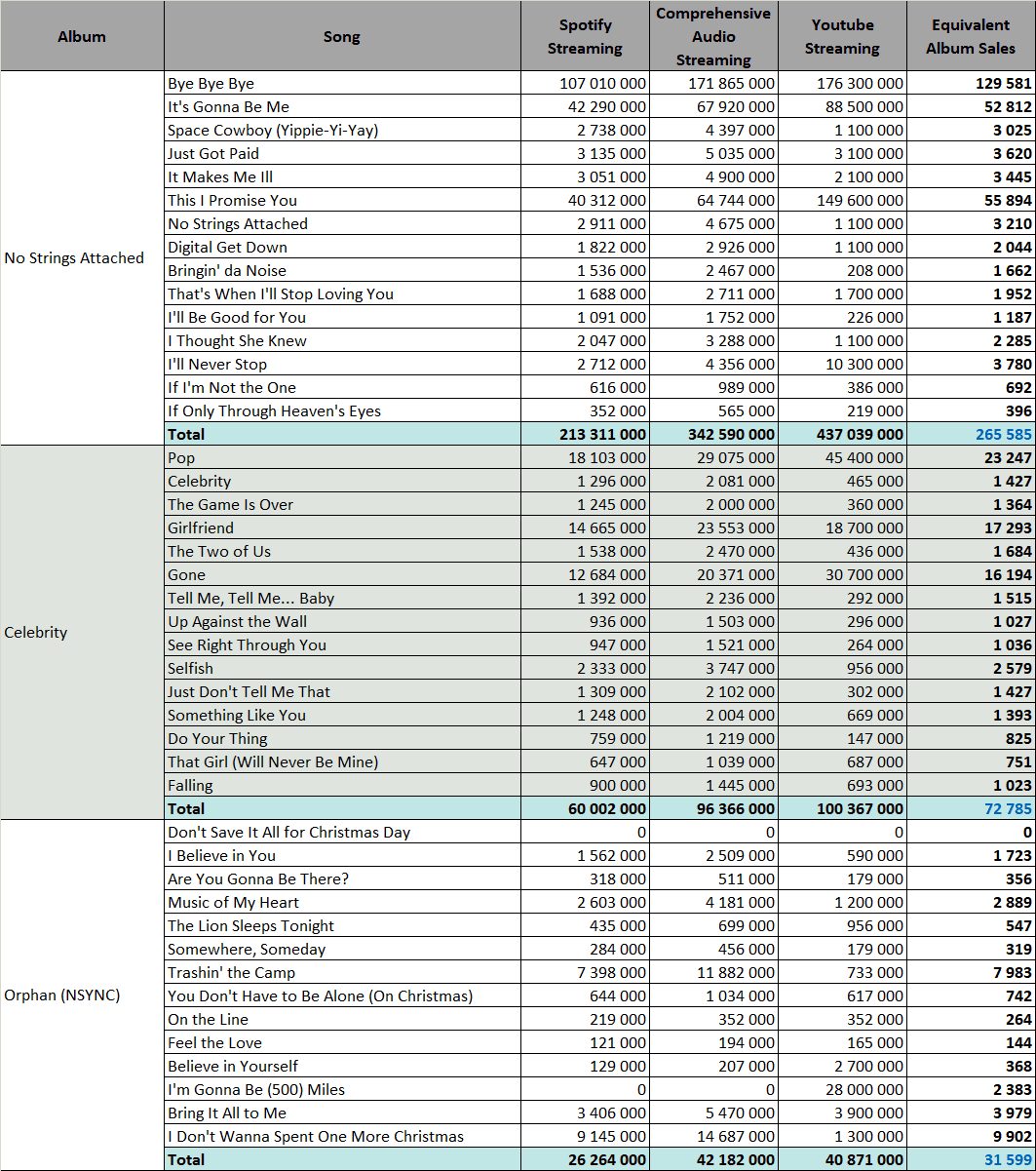 Massively hyped upon release, No Strings Attached remains strong. Bye Bye Bye registers an impressive 107 million streams on Spotify and 170 million on YouTube. On the former platform, both It’s Gonna Be Me and This I Promise You crack 40 million plays. These 3 hits fuel the album to 266,000 equivalent album sales from streams.

At 73,000 sales, the follow up Celebrity is nowhere near as strong. Pop, Girlfriend and Gone are all around 15 million on Spotify, failing to translate their initial success into catalog appeal.