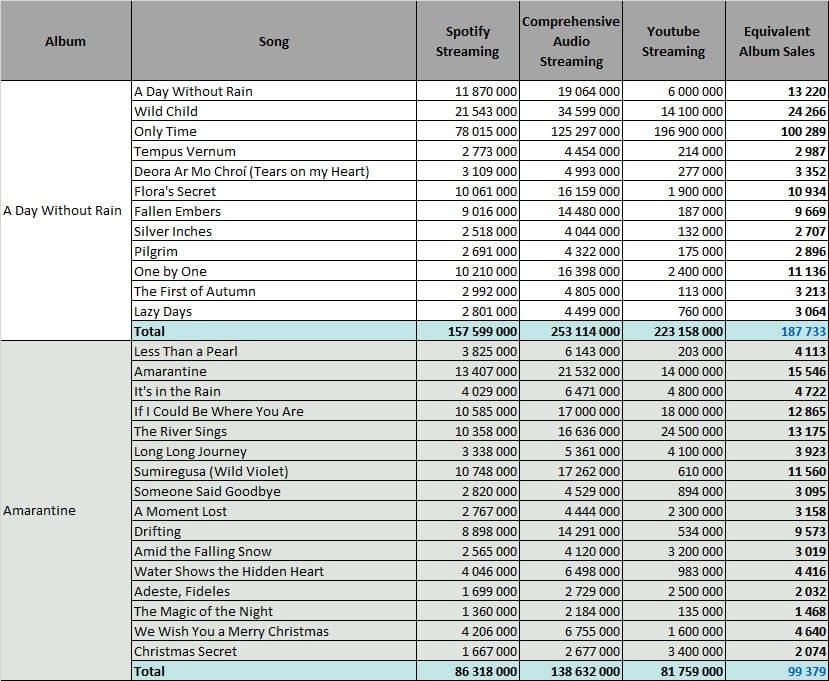 As the numbers above prove, Only Time didn’t just have a great momentum when widely used to cover the September 11 attacks more than 16 years ago, but it has been able to sustain great popularity with a very strong 78 million streams on Spotify, and an even more massive 197 million views across YouTube. Apart from her signature song in the USA and other countries, tracks like A Day Without Rain, Wild Child, Flora’s Secret and One By One top the 10 million mark on Spotify, albeit with mixed luck on YouTube. These five songs, coupled with the other album tracks, which all achieved at least 2 million streams, put A Day Without Rain at 187,000 equivalent albums sales when all is said and done, which surpasses Watermark.

Amarantine, with another four songs reaching at least 10 million streams on Spotify, and amongst them the title track ranking as the most sreamed, gives her an additional 99,000 equivalent album sales.