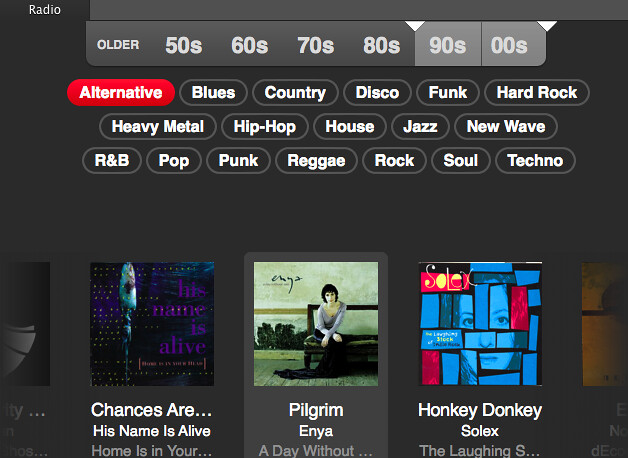 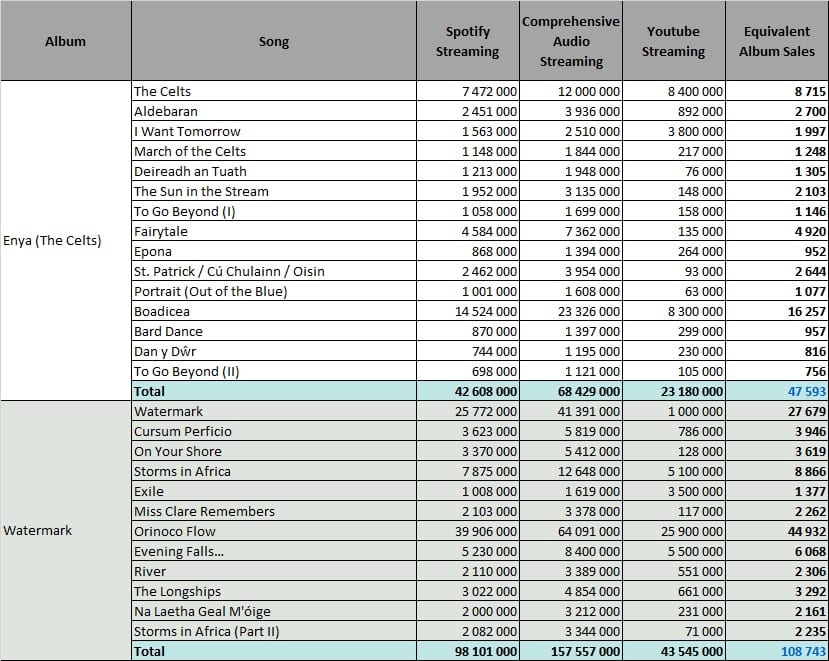 We start this new section with an approach to the streaming world. Another segment that is worth quoting for her.

Her debut album gets as many 48,000 equivalent albums sales, but it is with her Watermark LP where we start to see more action with both the song of the same name, and especially with Orinoco Flow at 25,7 million Spotify streams and almost 40 million streams across that same platform respectively, this effort managed cumulative equivalent album sales of over 100,000 units.