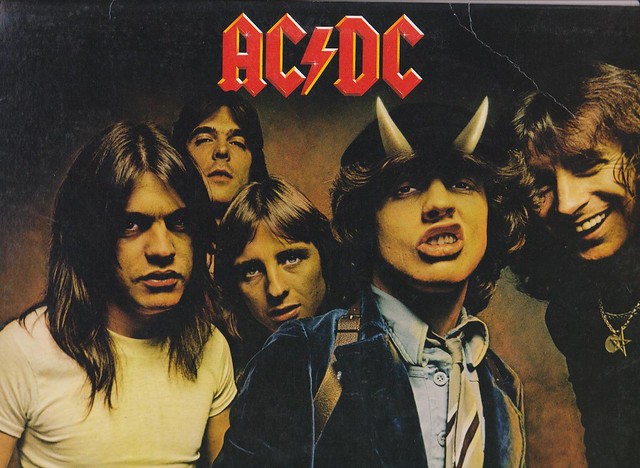 That’s huge and well deserved, they’re such a great band! Thank you very much.

Hello to all the chartmasters team. I would really like to congratulate you, your work is wonderful, I always follow you every day. I wanted to ask if you could add the sales or estimates for countries like Argentina,Brazil, México,Japan and continents like Asia for each album and also on page 44 and then I wanted to know why EP Jalibreak is considered as a whole sale,I know that the sales of EPs are considered half. Then I also wait with trepidation a new U2 analysis (updates) and Sting & The Police analysis . Sorry for any disturbance, I hope… Read more »

Hi IRIS! Don’t know if you read the articles on other artists here on this site, but some of them have estimates on the countries you listed and some don’t. Though I’m not part of the group estimating album sales, I’m sure the real reason for this is because of insufficient data. For big artists whose sales were documented by old articles or label reports, we have sufficient data to calculate up to date sales in countries like Japan, Southeast Asia, and Latin America. This is why artists like Britney, MJ and Spice Girls have very detailed album sales breakdown… Read more »

I must make a confession. I dont know who AC/DC is. But men, that is some very impressive total.

Alternating current (AC) is an electric current which periodically reverses direction, in contrast to direct current (DC) which flows only in one direction.

Im sure I have heard of that one before though. Lol.

“They’re well ahead of the Eagles and just behind Celine Dion on the all time artist list；
Celine’s article was one and a half years ago, please upadted her analysis, please

You didn’t close the quotation mark on the other side and it hurts my OCD..

The continual unwanted, unneeded and completely irrelevant (to the study posted in) “please update my fave” or “please study my fave” posts, hurts mine!

Does anyone know how many digital singles AC/DC have sold?

The total is 33,42m. It includes a sizable share of ringtones since they were massive on this format was held out of iTunes (they arrived there in December 2012).

Fantastic thank you. I expect them to move higher in years to come, great lasting appeal.

Damn, I didn’t think they would be 190 million……….crazy.
Huge sellers in U.S., Germany, France, Australia…………when you’re that big internationally the sales really add up.

I wonder if Phil Collins sold more albums in Germany………..can’t wait for more artists.
This was a great read

I really like some of AC/DC’s stuff, and I knew Back in Black would be a huge seller. Still, thought when I saw their raw sales figures, they wouldn’t move ahead of Dark Side of the Moon. Those live albums and compilations really helped that, even though they weren’t a compilation band. And the Streaming was incredible for BIB and really surprised me with the streaming on some of their other albums also. In terms of raw album sales, are they on a trajectory to overtake dark side of the moon? 8 or so million albums seems like a long… Read more »

Glad you enjoyed the article 🙂

Lance, it is highly unlikely BIB will catch DSOTM in raw sales. Like you said 8 million is a lot of albums, especially now, with raw sales going down. But you’re right BIB streaming is amazing, well ahead of DSOTM on Spotify and projected to increase that gap.

Streaming is going so fast, that during the days of making this article BIB (the song) has increased to 216m already! Oh, and T.N.T. & HTH are closing in on those milestones, now at 99m & 199m respectively.

Hi Martin! Interesting point of view. Good point as well. You probably can’t just look at an album’s total to identify it’s popularity. Take Survivor’s Eye of a Tiger for example. Besides the title track, can anyone here name another song? Still, at 255 million streams on spotify it’s doing pretty good, however 247 million of those are from the title track alone, the other 8 songs have a total of 7,870,000 streams, less than 1 million average! Same with Queen’s Hot Space, I remember your comment about that one compared to Zeppelin. I wouldn’t call Hot Space a popular… Read more »

Hi Thomas / Martin! Focusing on lowest tracks is precisely what I did when I started to check massively streaming figures back in 2014. My very first formula to convert streams into album sales used that method, assigning streams of the lowest song from all songs to the album and all streams over that threshold to individual songs. The most I got into figures though, the most I realized it wasn’t a good interpretation. As someone who almost never played individual songs in my life (almost exclusively full albums, never skipping a track, ever since I was young), the conclusion… Read more »

With Floyd in the UK, I think the change from Barrett to Gilmour caused the downturn in popularity, as they had to readjust themselves as a band, as well as their sound & style, with the loss of admittedly the key and most integral member. In many ways the Floyd with Waters & Gilmour at the helm is a different band to the one with Barrett, a bit akin to PG’s Fleetwood Mac and it’s transition from a blues band to a pop rock band with Nicks/Buckingham, they had to almost re-establish themselves musically and as a band. Although Atom… Read more »

Very interesting way to look at this. I once listened to a David Gilmour interview where he said The Final Cut had 3 great songs on it, the rest were average or sub standard. Overall, he thought the album was sub standard, because of this. I think most groups would view 3 great songs as at least a good album. Pink Floyd was clearly concerned about the continuity of the album as a whole, where Back in Black was a vehicle for 4 great songs, with some other songs to fill it out. I always thought BIB and DSOTM were… Read more »

First, thanks for your nice words 🙂
The links and the typo about Back in Black are corrected. I let MJD answers you about sales in Argentina!

Hi Lorrane! When we have not enough official data to confirm a figure, I set a “grey” raw estimate inside Excel sheets to serve calculations and then I write N/A on breakdowns of the article. I have wrongly put all Latin American sales in grey on their file which is why Thomas went with the N/A tag! My bad, now it is completed with albums for which there is detailed information 🙂 I also added figures of Live’s Collector’s Edition to the page of Live to avoid confusion! As for the last question, AC/DC were ironically good sellers very early… Read more »

Also half the countries you got unavailable so how do you know then back in black hasn’t sold 48 million, I’m sorry this site is so inaccurate, I believe the bands own websites and sources close to the artists not you

I hope you’ll look back on statements like these, in the future, hopefully with a bit more wisdom and laugh at how naive, trusting and easily led you were. As for knowing Back in Black is not at 48m, just do some simple arithmetic of its already certified units, even allowing for under certification in every territory it is certified, there is still no way you are finding another 20m or so, from the rest of the more minor music markets in the world. Do the maths, don’t just believe what you read or more to the point, what you’re… Read more »

Hi Jason! There isn’t half the countries unavailable. The same ones are listed on all pages because they are the most representative. If you check Asian and European totals, they aren’t barely the cumulative totals of listed countries, instead they are comprehensive. Same for Global figures that account from remaining countries of Latin America and Africa. You refer to websites, they are not official providers of music industry statistics. The RIAA, the BPI, the IFPI, the CRIA, etc., instead are. The purpose of artists’ sites is to promote them, not to report accurate data. For example, Sony website claims 1… Read more »

Thanks Lorrane.
Your are probably not surprised they’re my fave too 😉
Regards Thomas