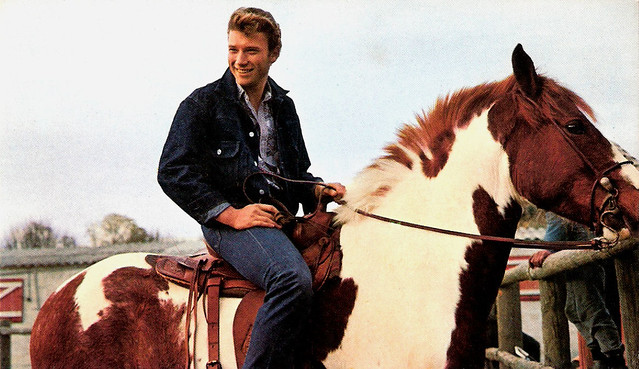 On all CSPC articles, I use the ratio 132/212 to extrapolate Spotify figures into comprehensive audio streams numbers. In France, Spotify is second to Deezer, which concludes on a very different ratio. Its market share of audio streams in terms of revenue went from 14,4% in 2013 to an expected 30% in 2017, while its share in terms of units is calculated on 30,3% to date with 31,2 billion streams out of 103 billion. Obviously, Spotify is higher elsewhere at 62,3%. Assuming Johnny registers about 90% of his streams in France, it results on 33,5% of his streams coming from Spotify. Due to the improvement of Spotify lately, the same data focused on the years 2016/2017 concludes on 38,5% of streams by an album from 2016 coming from Spotify.

Once again, all figures are up to the day of his passing. This section includes no comment as it displays the same patterns already detailed into the Digital Sales section. 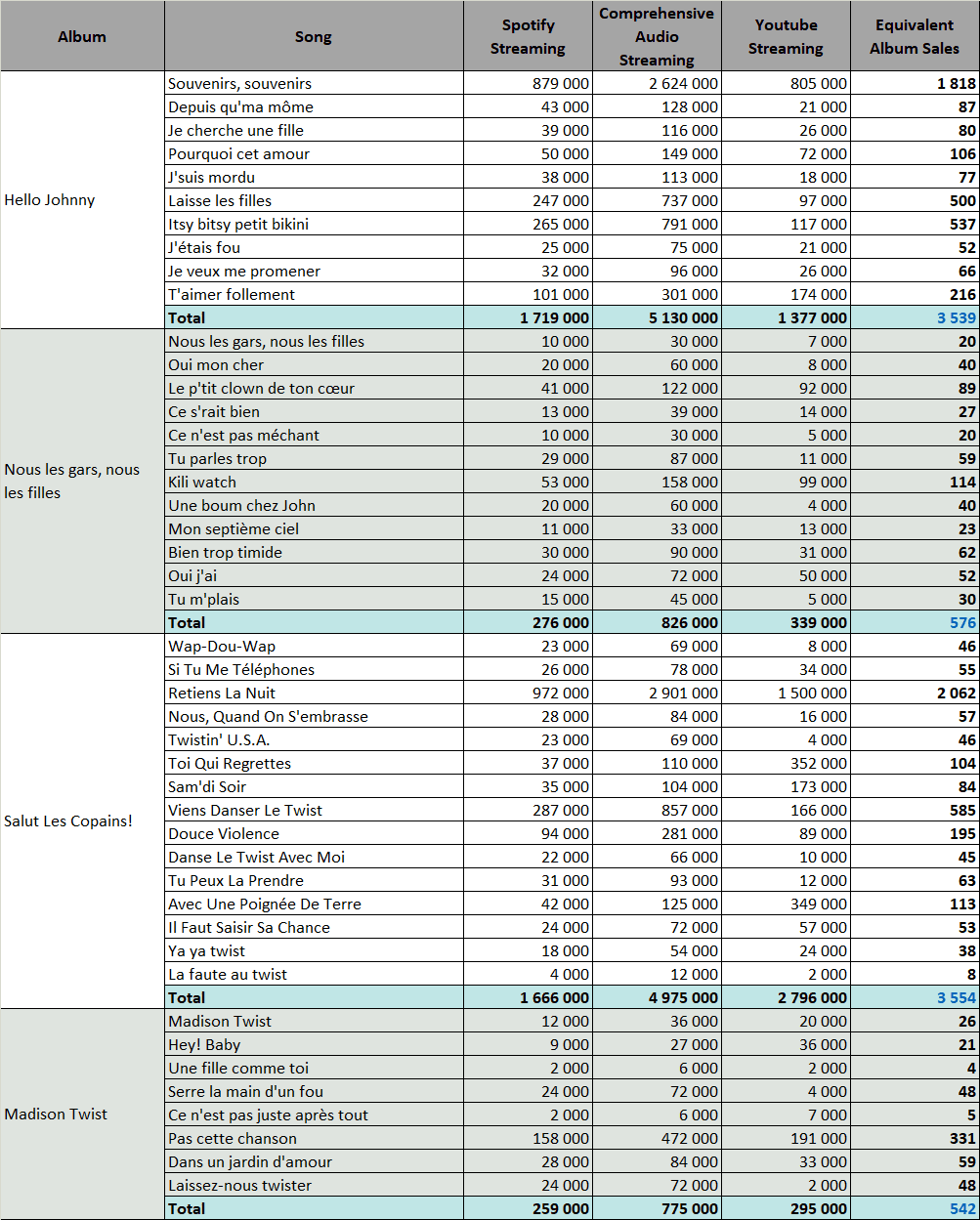