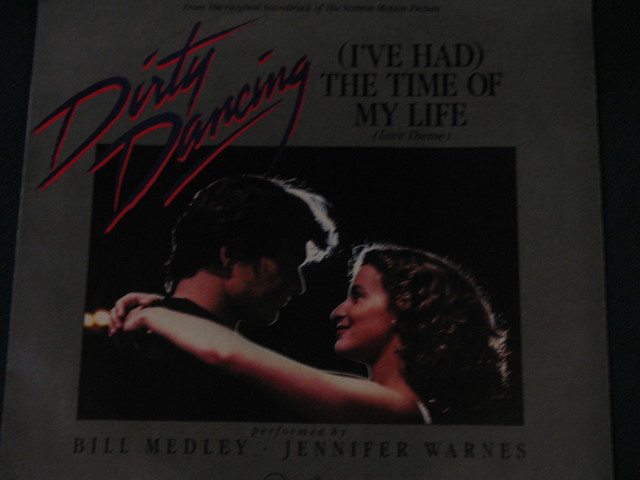 All of the physical singles takes us back to the first and most successful soundtrack of the three available. Four singles were released in physical form, with a clear winner emerging from this pack and an obvious one, (I’ve Had) The Time Of My Life, with sales at 2,3 million. She’s Like The Wind provided this whole project with another million selling single.

This deserves some explanation. By the end of the 80s physical singles were no longer at their peak suffering from a dramatic decline in Latin America, Africa and much of Europe, including formerly big markets like Italy. Sales in the traditionally big market were comparatively better but they also had a major drop, which explains why Dirty Dancing didn’t have the same type of massive sales that Grease or Saturday Night Fever achieved during the last part of the 70s, when it wasn’t uncommon for massive singles to sell hundreds of thousands even in non-traditional markets.

Considering the above, it was quite an achievement to achieve two million sellers in such a negative context for physical singles. Hungry Eyes and Yes added a combined 880,000, resulting in a cumulative 4.2 million physical singles overall and, therefore, 1,275,000 equivalent album sales.